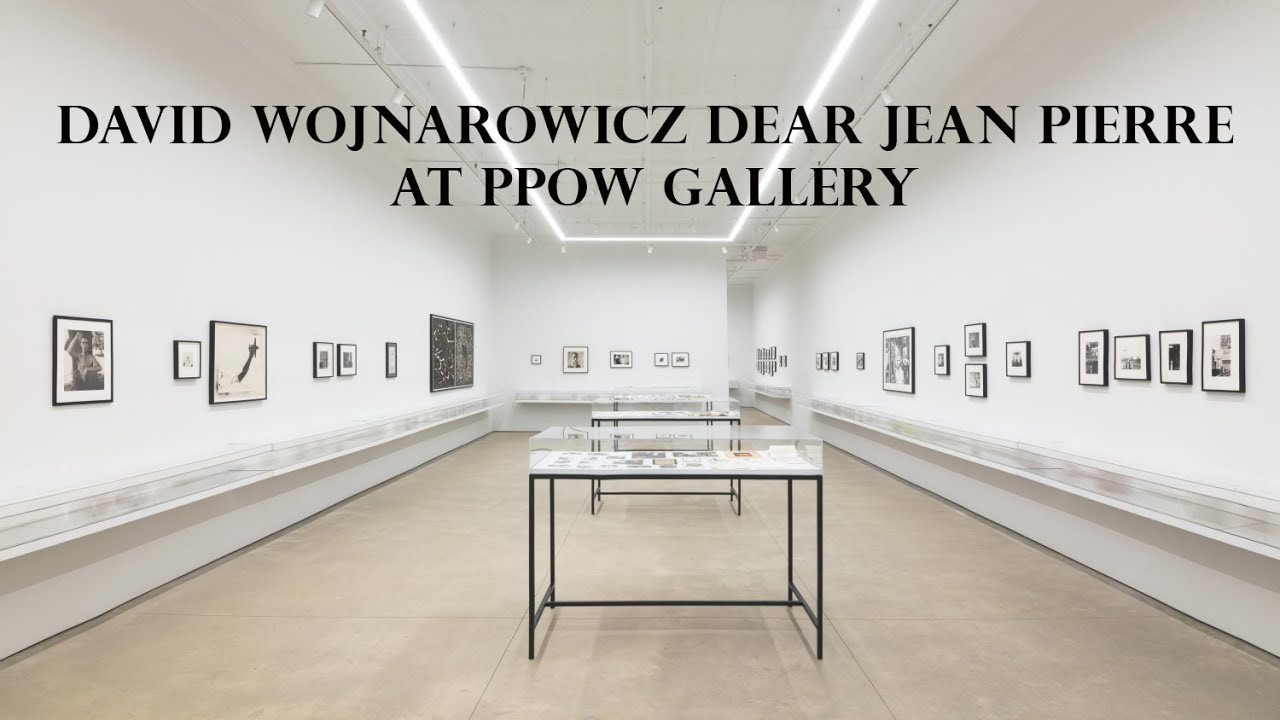 P·P·O·W is pleased to present Dear Jean Pierre: The David Wojnarowicz Correspondence with Jean Pierre Delage, 1979-1982, an exhibition showcasing the archive of Jean Pierre Delage, a lover of the late artist David Wojnarowicz, with whom Delage engaged in constant correspondence from 1978 to 1982. The nearly 300 letters, postcards, drawings, Xeroxes, and photographs on view comprise Delage’s archive of this period, and this presentation marks the first time the archive has been shown publicly in its entirety. A forthcoming catalogue of these materials will be published by Primary Information in 2023. Truly a foundational moment for Wojnarowicz’s artistic and literary practice, these letters to Delage not only reveal Wojnarowicz’s captivating personality—and its concomitant compassion, neurosis, and tenderness—but also index the development of the artist’s visual language that would go on to codify Wojnarowicz as one of the preeminent artists of his generation.

On the day of his twenty-fourth birthday in 1978, Wojnarowicz landed in Paris with ex-pat dreams. He intended to live in his sister’s studio apartment, master the French language, learn to play guitar, and write a novel. While none of these goals came to fruition, Wojnarowicz did meet Delage only two months into his stay, an encounter that would lead to a romantic relationship that Wojnarowicz considered his first true love. The pair quickly cemented their bond, with Wojnarowicz almost immediately moving into Delage’s apartment, and the two taking trips to the French countryside up until Wojnarowicz’s departure from Paris in June 1979.

Upon his return to New York, Wojnarowicz continued living and working in his customary fashion: he moved apartments often, cruised at the piers, and held odd jobs. Simultaneous to the humdrum, several significant events occurred that would come to typify Wojnarowicz’s oeuvre. He found work at an ad agency where he used a photostat machine to create his iconic Rimbaud mask (1979); he played in the no wave band 3 Teens Kill 4 (1980); he had his photographs published for the first time in Soho News and Little Cesar (1980); he met his most important mentor and eventual muse, the photographer Peter Hujar (1981); he began using stencils and graffiti to propagate his imagery throughout the burgeoning East Village (1981); he transposed his painted visual language onto the city’s abandoned piers (1981); and he published Sounds in the Distance, his first book of collected monologues (1982). Coinciding with these personal accomplishments, a then-unnamed disease began appearing in the artist’s community, with the New York Times reporting in July 1981: “Rare Cancer Seen in 41 Homosexuals”.

So, while Wojnarowicz’s postcards and letters to Delage function as a marker of the quotidian—often detailing the weather, workplace annoyances, roommate tiffs—taken as a whole, they reveal an artist becoming increasingly entrenched in, and vocal about the subjects that undergird much of his later practice: the outsider, the iconoclast, the dreamer, the mythmaker. In fact, Wojnarowicz would come to use many photographs, prints, and collages from this period in some of his most famous works, including several on view here: Untitled (Genet after Brassai), 1979; Untitled (Burning House), 1982; and Time, 1982.

Wojnarowicz’s letters to Delage document these momentous occasions and professional successes in the former’s life. But more importantly, they offer a never-before-seen image of Wojnarowicz as he navigates the liminal stage between discovering his passions and communicating those fascinations with the world around him.

David Wojnarowicz (1954-1992) has been included in solo and group exhibitions at The Museum of Modern Art, New York; Museum of Contemporary Art, Chicago; The American Center, Paris, France; The Busan Museum of Modern Art, Korea; Centro Galego de Art Contemporanea, Santiago de Compostela, Spain; The Barbican Art Gallery, London; and the Museum Ludwig, Cologne. His work is in permanent collections of major museums internationally and his life and work have been the subject of significant scholarly studies. Wojnarowicz has had retrospectives at the galleries of the Illinois State University, curated by Barry Blinderman, 1990, and at the New Museum, curated by Dan Cameron, 1999. A third retrospective, David Wojnarowicz: History Keeps Me Awake at Night, co-curated by David Kiehl and David Breslin, opened at the Whitney Museum of American Art in July 2018. The widely acclaimed exhibition traveled to the Museo Reina Sofia, Madrid in May 2019, and the Musee d/Art Moderne Grand-Duc Jean, Luxembourg City in November 2019. A concurrent exhibition of Wojnarowicz’s films and photographs opened at the KW Berlin in 2019. Wojnarowicz: Fuck You Faggot Fucker, a comprehensive feature-length documentary directed by Chris McKim, premiered in November 2020 and was named one of 2021’s best documentaries by Rolling Stone, The New Yorker, Esquire, and IndieWire, among others. A forthcoming catalogue of Wojnarowicz’s correspondence with Jean Pierre Delage will be published by Primary Information in 2023.

Cynthia Carr (b. 1950) is the author, most recently, of Fire in the Belly: The Life and Times of David Wojnarowicz (2012), winner of a Lambda Literary Award for “Gay Memoir/Biography’’ and finalist for the J. Anthony Lukas Book Prize awarded by Columbia Journalism School and the Nieman Foundation at Harvard University. Her previous books are Our Town: A Heartland Lynching, a Haunted Town, and the Hidden History of White America (2006) and On Edge: Performance at the End of the Twentieth Century (1993; re-issued in 2008 in a revised second edition). Carr chronicled the work of contemporary artists as a Village Voice staff writer in the 1980s and 1990s (under the byline C.Carr). Her work has also appeared in Artforum, Bookforum, The New York Times, TDR: The Drama Review, and other publications.