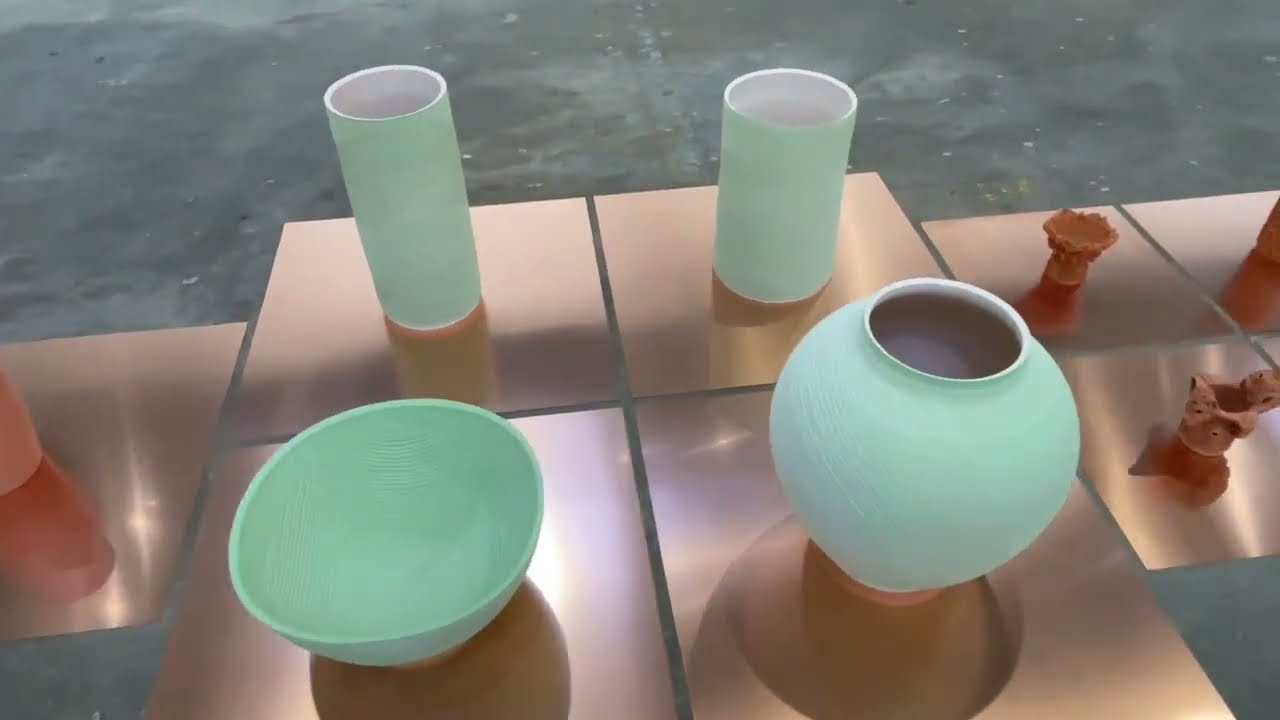 David Zwirner is pleased to present its first exhibition with Shio Kusaka since announcing the representation of the artist in 2020. Taking place at the gallery’s 519 West 19th Street location in New York, one light-year will feature a singular installation of Kusaka’s new ceramic works. Known for her playful and open approach to the medium, as well as her characteristic line work and intuitive sense of color, Kusaka crafts vessels that embrace organic imperfections, recurrent techniques and patterns, and imagery that alludes to historical and contemporary forms.

In her ceramics, which are often made in distinct series, Kusaka articulates unique forms and produces complex designs with a heightened emphasis on difference and repetition, bringing awareness to poetic irregularities. Her work rewards close observation, which reveals layered intricacies and optical qualities through subtle shifts in glazing or decoration. The motifs she combines and recontextualizes—including wood grain and fruit textures, and her children’s infatuation with dinosaurs and other animals—are all influenced by her daily life. Process-oriented titles, composed of terms such as “carved” or “line” followed by a number, reveal the tactility of Kusaka’s work.

This exhibition follows Kusaka’s 2020 Los Angeles presentation at the Neutra VDL Studio and Residences, curated by Douglas Fogle and Hanneke Skerath, which placed the artist’s forms throughout the storied modernist home. Within the raw, open space at David Zwirner, her works will be situated in a line on thin copper plates on the gallery floor.

On display will be stoneware pots in a palette of serene hues, featuring Kusaka’s distinctive concentric line patterning, alongside smaller new porcelain wares onto which button-like shapes or meandering gridded lines are applied. Also on view will be “studies” of ancient ceramics for which Kusaka combines handbuilding and wheel techniques to formulate an approach singular to her practice. After studying the ceramics of the Yayoi period (c. 300 BC–AD 300), the artist looked into the pottery from the Jomon period (c. 10,500–300 BC) and the Kofun period (c. AD 300–552) to deepen her understanding of form building.