This past weekend featured a vast array of art on display in Lower East Side galleries. One notable example is Iman Raad’s exhibition “Tongue Tied” at Sargent’s Daughters, in which the artist contemporizes and contextualizes the rich heritage of Persian miniature paintings in a series of delightfully lively still lives.

Takashi Kunitani: Pink Objects at Ulterior Gallery from April 8- May 7, 2017 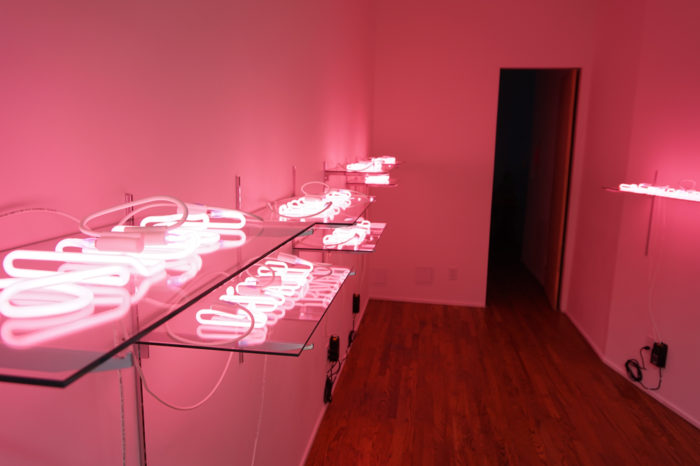 Takashi Kunitani’s Pink Objects, on view at Ulterior Gallery, invites viewers literally to look at the world from a new perspective – his neon works, lying facedown on glass shelves, are viewable only from crouching below the level of the works. This method offers a unique viewing experience, as well as a tie-in to the pornographic origins of the phrases utilized in the work.

J. B. Murray’s Visions from the Sun at Shrine highlights the late Outsider artist’s spiritual works – strikingly accessible abstract drawings, the product of what Murray believed to be divinely-inspired hallucinations.

Rounding out the group is Denise Treizman’s installation at M E N Gallery, a large tapestry incorporating fragments of objects, which playfully fills that space in the spirit of a monumental painterly gesture.

Selection of the shows by Jamie Martinez (Publisher) and Jennifer Wolf. 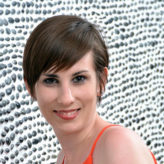 Jennifer Wolf is an art administrator and writer living in Brooklyn, NY. She has worked in Chelsea galleries since 2010, and holds degrees in art history from Stony Brook University and Hunter College.