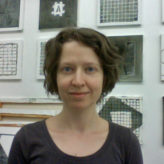 Tatiana Istomina is a Russian-born multi-media artist and writer living in New York. Her projects have been featured in exhibitions and screenings across the US and abroad; venues include Moscow Museum of Modern Art, Blue Star Contemporary Art Museum, the Drawing Center, the Bronx Museum, Gaîté Lyrique, and Haus der Kulturen der Welt. Istomina is a recipient of several awards including the AAF Prize for Fine Arts, Joan Mitchell Foundation grant, the Chenven Foundation grant, the Puffin Foundation grant and the Spillways Fellowship. She holds a PhD in geophysics from Yale University (2010) and MFA from Parsons New School (2011). She is a contributor to several art magazines, including Art in America, Hyperallergic, Brooklyn Rail and other publications.

Tatiana Istomina: A few years ago, I began a series of interviews titled Artists After the End of Art. They were inspire…