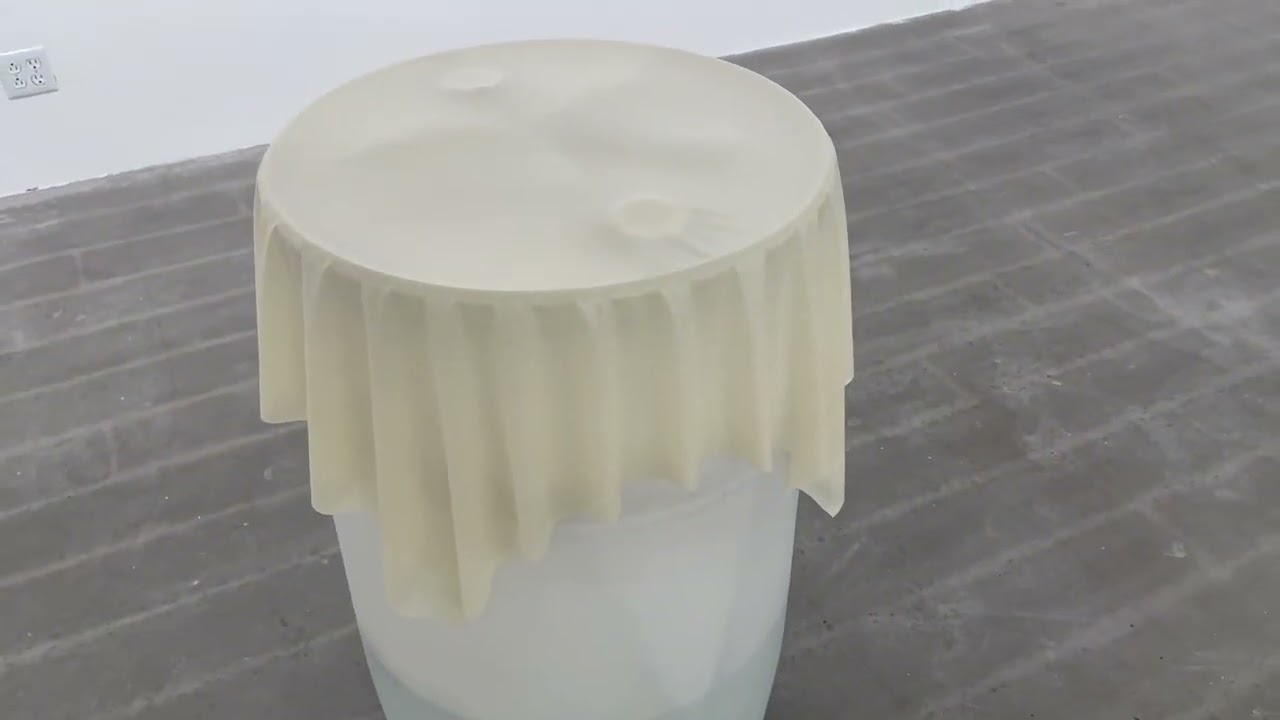 Repair, Quay Quinn Wolf’s third solo exhibition with Jack Barrett, features seven new sculptural works that explore rituals of self care, and the physical and psychological process of healing. Combining industrial, utilitarian objects with organic materials—such as flowers, essential oils, animal skins and crystals—Wolf’s minimalist configurations represent the body, as well as the technologies used to aid and alter the physical form. These unexpected sculptural pairings emphasize the fragility of the body in contrast to the machinery and objects it daily employs.

Upon entering the gallery, visitors are greeted by the soft scent of lavender, emitted from hidden diffusers, as well as seven pounds of lavender buds concealed inside an aluminum return air box. Titled Breathe, the aluminum box—an object traditionally used to filter and return air throughout ducts in the ceilings of public and domestic interiors—rests on the gallery floor, its sharp edges and sterile presence disconcertingly out of place.

To the left is Untitled, a wall based work made from layers of essential oils painted onto a vegetable-tanned hide. When applied to the hide, the same oils typically used to replenish skin create a kind of discoloration likened to bruising.

Across from Untitled, two stainless steel dental impression trays hang from hardware loops like keychains. Pebble sized chunks of pyrite affixed to the trays with galvanized steel wire embody the oral sensations and discomforts of orthodontia.

In Rose Water, a thin layer of yellow latex drapes atop a 55-gallon translucent drum filled with water and white roses. This work acts as a sculptural clock for the exhibition. With the passage of days, the white roses will wilt and decompose, transforming the once restorative and cleansing water a murky brown.

Finally, on the back wall of the gallery is Snakeskin (white), a 58-inch King Rat Snake (Elaphe carinata) skin punctured by a grommet and hanging from a metal hook. Snakeskin has long been used in rituals of healing as a symbol of ‘rebirth’ in reference to shedding, a process which can take up to seven days.

There is at once a fragility and severity in all the works that perfectly encapsulates the vulnerability it takes to exist with discomfort while seeking relief. In Repair, Wolf employs the very tools and methods used to aid healing, as a means of illustrating the stages and sensations of rejuvenating the body, while simultaneously reflecting its transience.