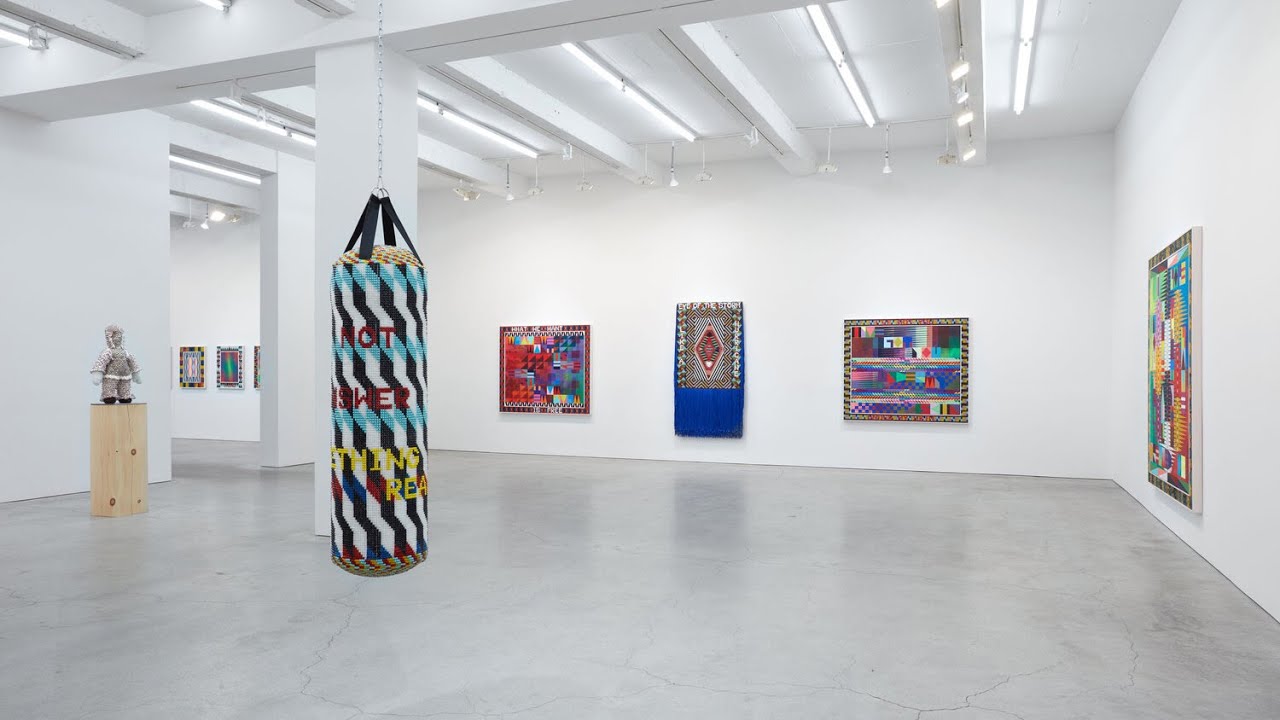 All Images courtesy of Sikkema Jenkins and CO.

Jeffrey Gibson’s multimedia practice synthesizes the cultural and artistic traditions of his Cherokee and Choctaw heritage with the visual languages of Modernism and themes from contemporary popular and queer culture. His work is a vibrant call for queer and Indigenous empowerment, envisioning a celebration of strength and joy within these communities.

Jeffrey Gibson (b. 1972, Colorado Springs, CO) grew up in major urban centers in the United States, Germany, Korea, and England. He received a Bachelor of Fine Arts in painting from the School of the Art Institute of Chicago in 1995 and Master of Arts in painting at the Royal College of Art, London, in 1998. He is a citizen of the Mississippi Band of Choctaw Indians and is half Cherokee. He is currently an artist-in-residence at Bard College and lives and works near Hudson, New York.

Gibson’s work is included in the permanent collections of the Whitney Museum of American Art in New York; Denver Art Museum; Museum of Fine Arts, Boston; Smithsonian Institution’s National Museum of the American Indian in Washington D.C.; National Gallery of Canada in Ottawa; Crystal Bridges Museum of American Art in Bentonville, AR; among many others. Gibson is a recipient of numerous awards, notably a MacArthur Foundation Fellowship (2019); Joan Mitchell Foundation, Painters and Sculptors Award (2015); and Creative Capital Foundation Grant (2005).