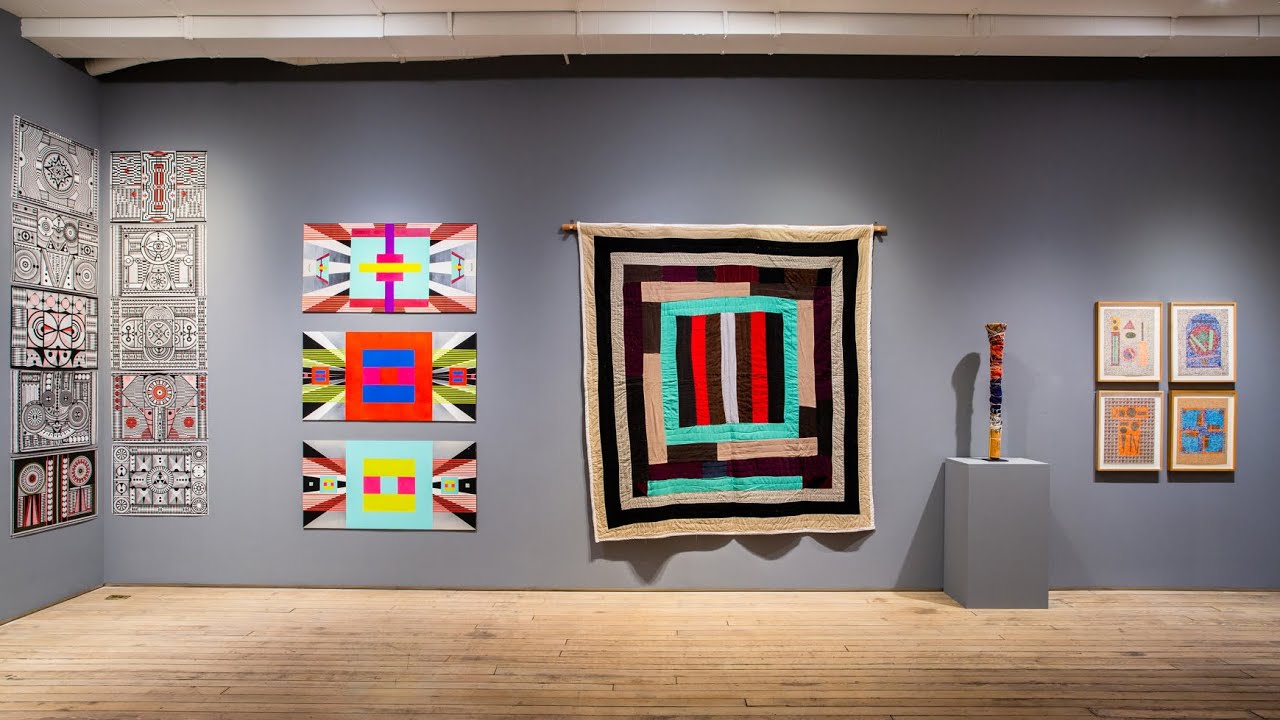 In 1995, I was working for my dad’s food brokerage company, playing gigs with my band at night, and hustling truckloads of grocery items during the day. My old friend from summer camp, Harley Spiller, worked in the arts in Manhattan and had managed to get a grant for my uncle to produce a catalogue on the occasion of an exhibition of his collages at a small college in New England.

We rallied the family to drive up for the opening reception. For Paul and me, it would prove a life-changing event. I had been aware of some small mixed media works of his that had postage stamps in them, and when we were kids there were some still life paintings around the apartment. But I had never seen anything like this. The foyer of the library at Gordon College seemed to be vibrating from the shimmering mosaic collages that had been elegantly installed.

Despite being a layperson at that point, I easily imagined that Paul’s work could be appreciated by a larger audience. Being virtually deaf since birth, he was leading an isolated life and didn’t have the tools to get his work out there. So I volunteered. I brought a handful of collages to an art dealer that a food business colleague knew, John Post Lee, who seemed to like what he saw, referring to it as “Outsider Art.” He steered me in a direction and several months later Uncle Paul was in a group show called “Miniature Obsessions” at American Primitive Gallery. Aarne Anton sold 14 of small mixed media works and Holland Cotter wrote a great review in the NY Times, singling out Uncle Paul. At 66, he was discovered.

On the surface, given his disability and unusual medium of tiny postage stamp fragments, Paul fell comfortably into the Outsider Art category. In fact, he had taken courses steadily at the Art Students League where his work had been admired by his teacher and mentor, the revered American artist Will Barnet (1911-2012). I met Will at an American Primitive opening and we became great friends, and he would prove instrumental in ushering me through those early days in the art world.

Paul would go on to have two solo shows at American Primitive, be included at several exhibitions at the American Visionary Art Museum, and was awarded a solo at Colgate University’s Longyear Museum in 2007, the year before his passing.

In 2014, the gallery produced a survey exhibition which received a thoughtful review in The Brooklyn Rail entitled “Strange Intimacies” where Alana Shilling – Janoff noted:

“Edlin’s work cultivates unexpected connections between subjects and even champions greater intimacies—between abstraction and figuration, narrative and symbolology—that are not just unexpected, but improbably lovely. Ultimately, Edlin’s work embodies what cannot be explained: how separate pieces connect, how a million fragments can seem a glimmering whole, and how even the most pedestrian medium can conjure visions lithe as a Chagall flight, as lapidary as Homeric hexameter.”

Uncle Paul was cryptic about the subjects of his compositions. He didn’t give up much but once remarked that “my whole life is in these paintings.” There are literary, mythological and biblical references, and the works Jonah’s Sister and Goddess of the White Whale are featured here. Then there is the triptych which appears to be based on a dream sequence with titles Dogwalkers, Middle Dream and Right Dream. I recall one of the few times when he explained a narrative in Right Dream, that a dog seated next to a sleeping figure was actually looking up at the very scene being dreamed.

February 6, 2021 would have been Uncle Paul’s 90th birthday. As time marches on, certain occasions compel us to look back and remember how we got to the place we find ourselves. Uncle Paul’s art is, in a way, the soul of this gallery. I remember showing his work in the early days, around 2002, when a visitor from Eastern Europe came in and said something to the effect that “Anybody from anywhere can find a way to relate to this work.”