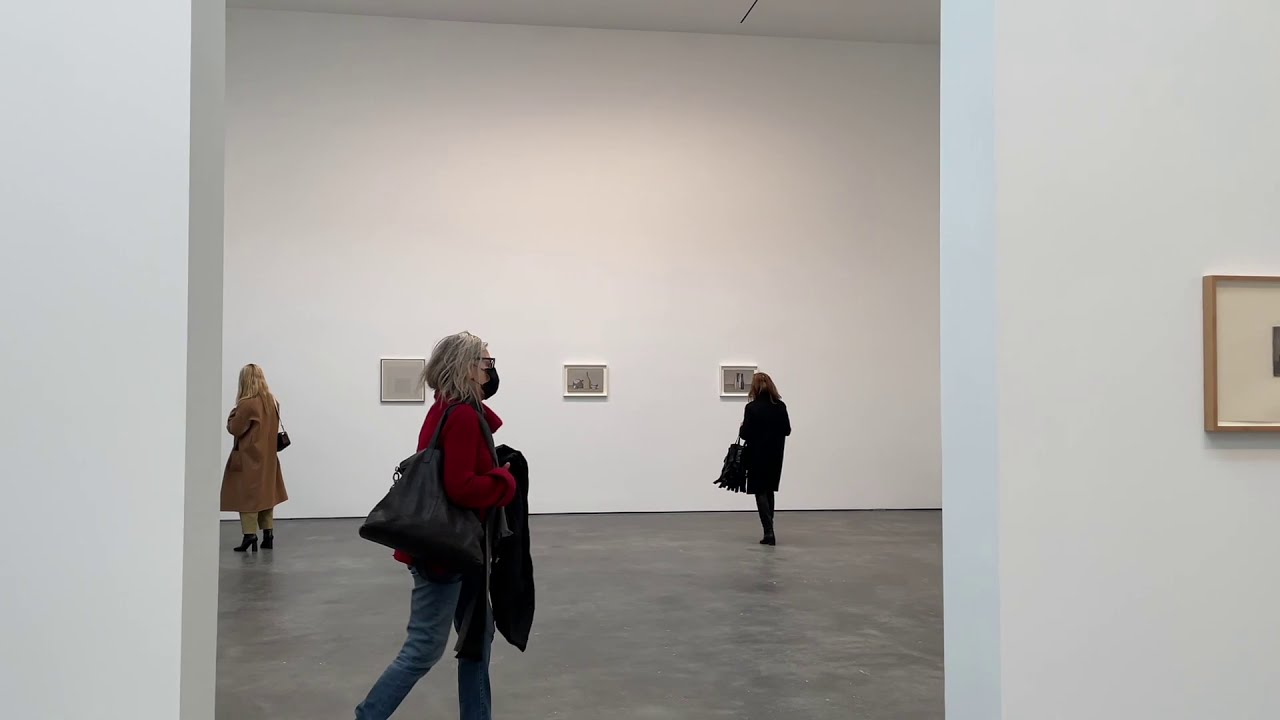 A classic is a book that has never finished saying what it has to say. —Italo Calvino

David Zwirner is pleased to present Albers and Morandi: Never Finished. On view at the gallery’s 537 West 20th Street location, the exhibition explores the formal and visual affinities and contrasts between two of the twentieth century’s greatest painters: Josef Albers (1888–1976) and Giorgio Morandi (1890–1964).

Both Albers and Morandi are best known for their decades-long elaborations of singular motifs: from 1950 until his death in 1976, Albers employed his nested square format to experiment with endless chromatic combinations and perceptual effects, while Morandi, in his intimate still lifes and occasional landscapes, engaged viewers’ perceptual understanding and memory of everyday objects and spaces. Albers and Morandi: Never Finished will put each artist’s distinctive treatment of color, shape, form, morphology, and seriality in dialogue. Looking specifically at the stunning palettes of Morandi’s celebrated tabletop still lifes depicting humble vessels and vases and Albers’s seminal Homage to the Square series, the exhibition will elucidate how the two artists’ careful daily acts of duration and devotion allowed each to highlight the essence of color and the endless possibilities of their respective visual motifs. This shared aesthetic intensity links both artists and underscores their deep commitment to their forms. As Morandi once said, “One can travel the world and see nothing. To achieve understanding it is necessary not to see many things, but to look hard at what you do see.”1

Though both Albers and Morandi created formally unique approaches to painting, their individual explorations of color reveal visual connections that resound throughout the exhibition. Both artists had a  novel understanding of how the quantity and interaction of color within a structured serial format could result in distinctive, visually vibrant compositions. As Heinz Liesbrock, director of the Josef Albers Museum Quadrat Bottrop, notes, “Anyone who makes contact with Morandi’s and Albers’s pictures quickly discovers the central importance of color in the constitution of their pictorial cosmos. For Morandi, color defines forms and space—that is, it differentiates both planes and at the same time brings them closer together.… Albers’s color fields, on the other hand, although they are linearly defined and thus seem clearly separated from each other in the individual picture, merge into each other in the process of seeing, forming new connections and thereby blurring the levels of surface and space.”2

Here, color comes to be a shared, transcendent language through which the artworks communicate with each other. A small midnight-blue vessel isolated against an offwhite grayish ground in Morandi’s Natura morta (Still Life) (1959) seems to reiterate the status of the outermost square of cerulean blue in an Albers Homage from 1961. A rich vermillion, enclosed within a square of Naples yellow, in a 1954 , echoes the sienna red of a vessel in a rare, early Fiori (Flowers) (1915) by Morandi. The status of form, how Albers’s squares can project and recede based on their relation to one another, recalls how the experience of Morandi’s vases and pitchers are contingent upon the color, shape, and size of all the other items depicted in the composition. The pairings in the show bring out surprising and unexpected qualities in each artist’s work. Through their dialogue with Morandi’s still lifes, Albers’s linear, structured compositions reveal a painterly sensuousness and tactility that was always latent within them. The underlying conviction and determinacy of Morandi’s painterly act is never more evident than when his flowers and vessels rest adjacent to an Homage. The refinement of Morandi’s practice is further explored in the exhibition through the inclusion of a selection of the artist’s prints.

Building on the connections established between the two artists in dual shows in 2005, Josef Albers, the first major exhibition of Albers’s work in Italy at the Museo Morandi, Bologna, and Giorgio Morandi: Landschaft (Giorgio Morandi: Landscape) at the Josef Albers Museum Quadrat Bottrop, Germany, Albers and Morandi: Never Finished offers the rare opportunity to make such individualized connections between these two artists, reaffirming the importance of each to the history of modern art, and underscoring their continued relevance to artists today. A forthcoming catalogue of the exhibition will be published by David Zwirner Books.

Josef Albers was born in Bottrop, Germany, in 1888 and studied briefly at the Königliche Bayerische Akademie der Bildenden Kunst, Munich, in 1919 before becoming a student at the Weimar Bauhaus in 1920. In 1922, Albers joined the school’s faculty, first working in stained glass and, starting in 1923, teaching design. In 1933, he and Anni Albers emigrated to North Carolina, where they founded the art department at Black Mountain College. The Alberses remained at Black Mountain until 1949 and in 1950 moved to New Haven, Connecticut, where Josef Albers was invited to direct a newly formed department of design at Yale University School of Art. In 1950, too, he developed what would become his seminal series, which he continued to elaborate until his death in 1976. Recent exhibitions of his work include at the Fundación Juan March, Madrid, in 2014 (traveled to Henie Onstad Art Centre, Høvikodden, Norway). In 2017, Josef Albers in Mexico was presented at the Solomon R. Guggenheim Museum in New York and traveled to the Peggy Guggenheim Collection in Venice in 2018. Anni and Josef Albers: Art and Life will be on view at the Musée d’Art Moderne de la Ville de Paris in 2021. The Josef Albers Museum opened in 1983 in Bottrop, Germany.

Since May 2016, The Josef and Anni Albers Foundation has been exclusively represented by David Zwirner. The artist’s work has been the subject of three previous solo exhibitions at the gallery: Sonic Albers, which was on view in New York in 2019; Sunny Side Up, shown in London in 2017; and Grey Steps, Grey Scales, Grey Ladders, presented in New York in 2016.

Giorgio Morandi was born in 1890 in Bologna, Italy, where he lived until his death in 1964. From 1907 to 1913, he was enrolled at the Bologna Accademia di Belle Arti, where he later served as the professor of engraving and etching from 1930 until 1956. By 1920, Morandi established the small-scale depictions of still lifes and landscapes that he would pursue throughout his oeuvre, and that were associated with no other school or style but his own. His work has been the subject of major retrospectives and traveling solo exhibitions at institutions including the San Francisco Museum of Modern Art, which traveled to the Solomon R. Guggenheim Museum, New York, and the Des Moines Art Center, Iowa (1981–1982); Museo Thyssen-Bornemisza, Madrid, which traveled to IVAM – Institut Valencià d’Art Modern, Valencia (1999); Tate Modern, London, which traveled to the Musée d’Art Moderne de la Ville de Paris (2001–2002); The Metropolitan Museum of Art, New York, which traveled to the Museo d’Arte Moderna di Bologna, Italy (2008–2009); Museo d’Arte della Città di Lugano, Switzerland (2012); and the BOZAR – Palais des Beaux-Arts, Brussels (2013).

A Backward Glance: Giorgio Morandi and the Old Masters, a major exhibition examining the formation of Morandi’s practice, was presented in 2019 at the Guggenheim Bilbao, Spain. In 2020, a solo presentation of the artist’s work, Giorgio Morandi: Major Works from the Cerruti Collection, was featured at the Castello di Rivoli – Museo d’Arte Contemporanea, Turin, Italy. The Museo Morandi was established in 1993 in Bologna, Italy, and is currently located in the Museo d’Arte Moderna di Bologna. In 2015, David Zwirner presented Giorgio Morandi, the gallery’s first solo exhibition of the artist’s work.