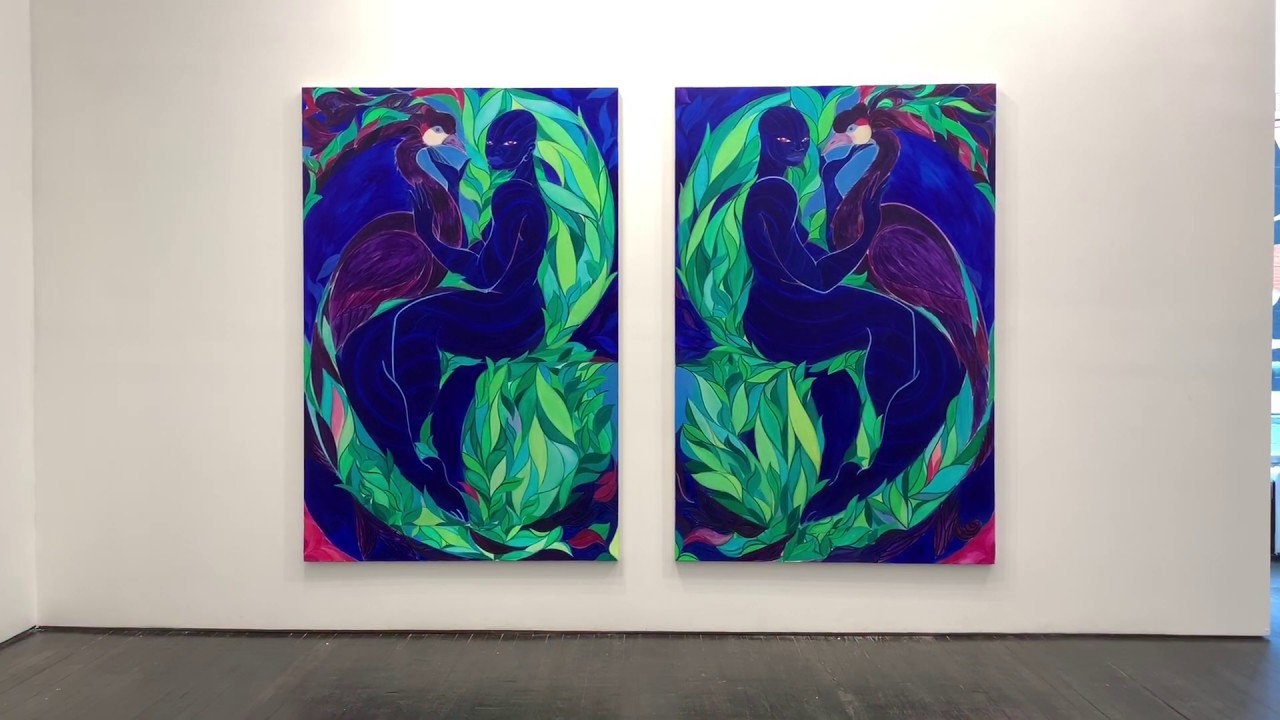 Nicelle Beauchene is pleased to announce Patterns & Rituals, an exhibition of new paintings by Tunji Adeniyi-Jones. For his second solo exhibition at the main gallery, Adeniyi-Jones presents an installation of large-scale oil on canvas paintings that form an epic frieze across the gallery’s walls. Continuing the artist’s investigations into West African religious practices and Yoruba traditions, the works on view assess methods of worship, idolatry, and myth.

Ritualized repetition is key to the maintenance of ceremony and is central to the artist’s process. Within fields of deep blues, purples, pinks, and greens, Adeniyi-Jones frequently reworks figures, patterns, and forms over and over again. Each painting in Patterns & Rituals features highly stylized figures or animals set amidst lush foliage and bright color. He creates a space to emphasize motion flowing in and around the figures using leaves and vines that fill the background, emulating the curves and shapes of their bodies.

Several of the paintings feature the Black Crowned Crane—Nigeria’s national bird—while others depict ritual masks used in Yoruba masquerades and ceremonies. For the first time, two paintings include stylized lions, a nod to the 1959 play The Lion and the Jewel by Wole Soyinka, which explores the tensions between a modernizing country and it’s traditional ways of life.

As the narrative in the large frieze unfolds, Adeniyi-Jones uses imagery of a jungle as a way to represent and explore infinite possibility. Referencing the surreal visual environments of Henri Rousseau and the conflicts of modernity and post-Colonialism found Chinua Achebe’s writings, Adeniyi-Jones considers both ancient and contemporary in his latest body of work. Using a lens of classical themes, the artist creates a visual storyline to contemplate the present.

Tunji Adeniyi-Jones (b. 1992, London, England) lives and works in New York. He received his BFA in Fine Art from Oxford University and his MFA in Painting and Printmaking from the Yale School of Art. Recent solo exhibitions include The Cabin, Los Angeles, CA; Hunter Harrision, London, UK; and Nicelle Beauchene Gallery, New York, NY. He is currently included in the traveling exhibition Young, Gifted, and Black: The Lumpkin-Bocuzzi Family Collection; Other group exhibitions include Eric Firestone, East Hampton, NY; Johannes Vogt Gallery, East Hampton, NY; and Loyal Gallery, Stockholm, Sweden. Adeniyi-Jones is an inaugural recipient of the Black Rock Residency, Dakar, Senegal, and was named a Forbes 30 Under 30 Artist of 2020. 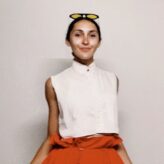 Lexi is a contemporary art writer based out of NYC.