Indeed the fragmentary, incomprehensive and reticent nature of Kiaer’s visual language forms the meat and potatoes of his practice. This is part of the work’s sickness, but it is also what gives it life. It is pervaded by an ever-present promise of something withheld, of something mysterious, vast and wonderful yet now obscured and forgotten.
Jonathan Griffin, frieze Magazine, June 2010 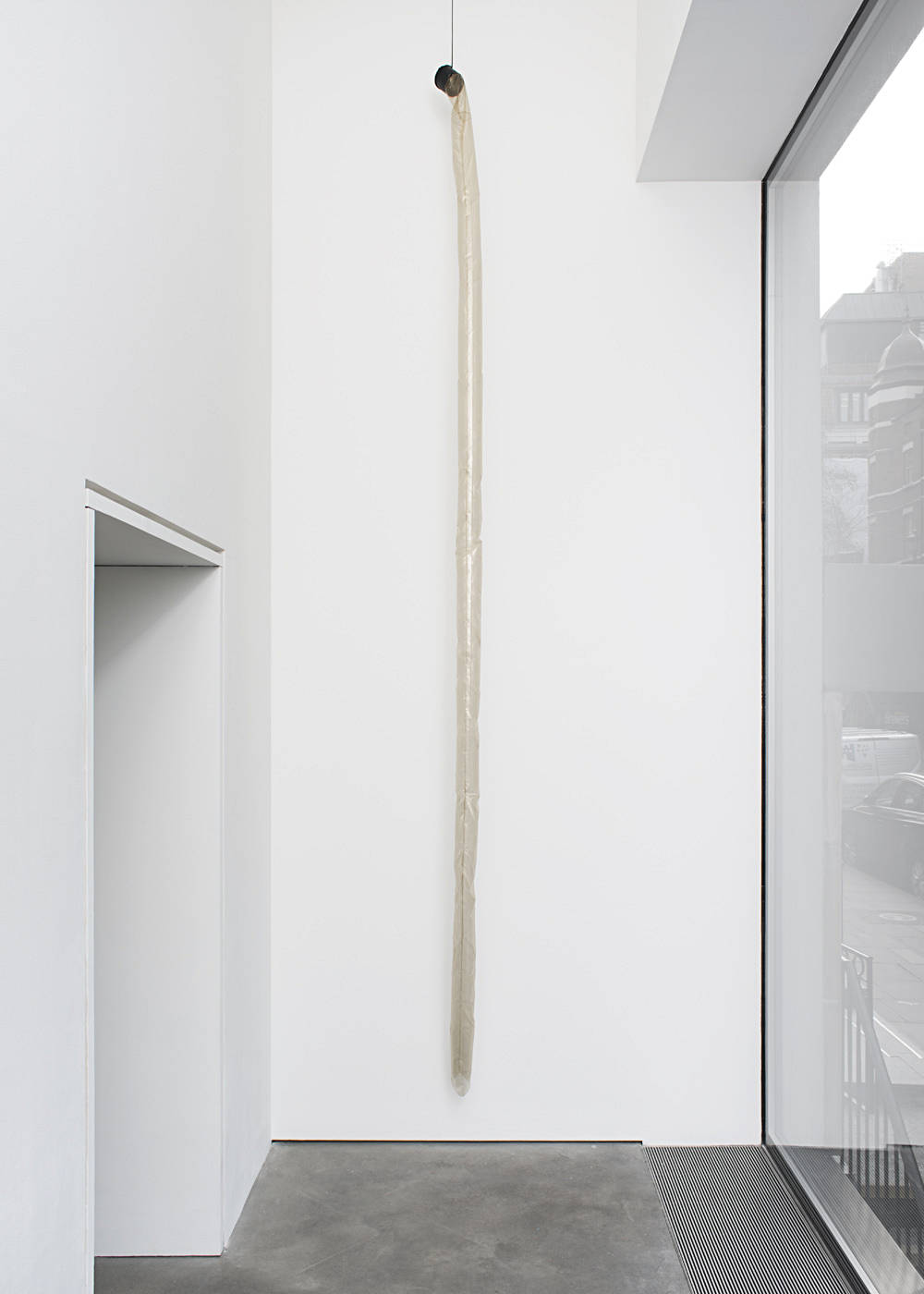 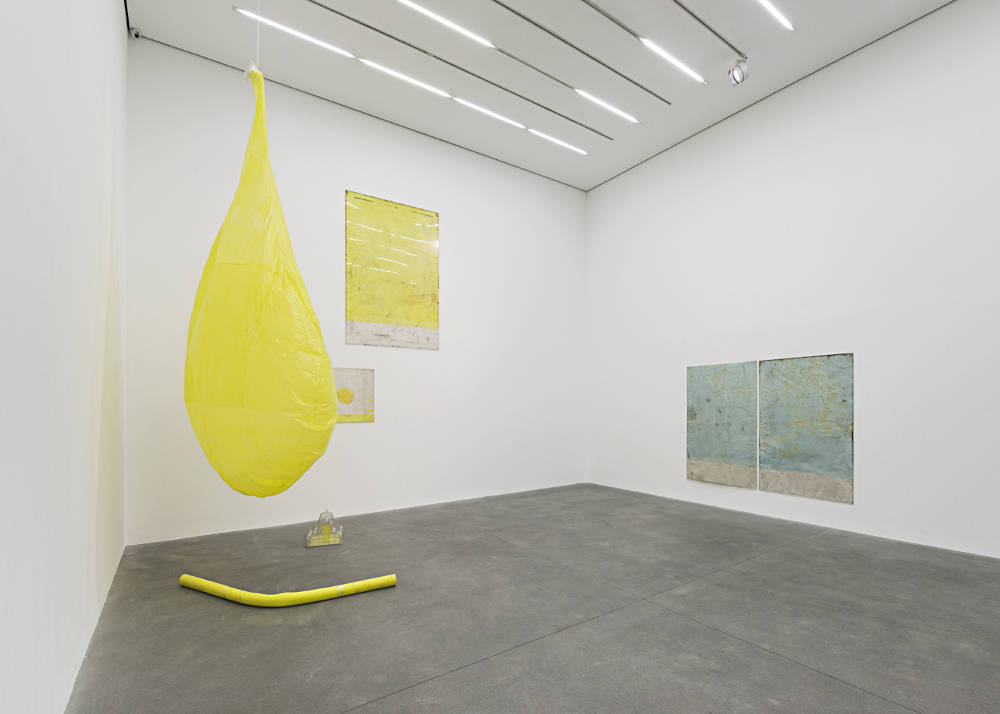 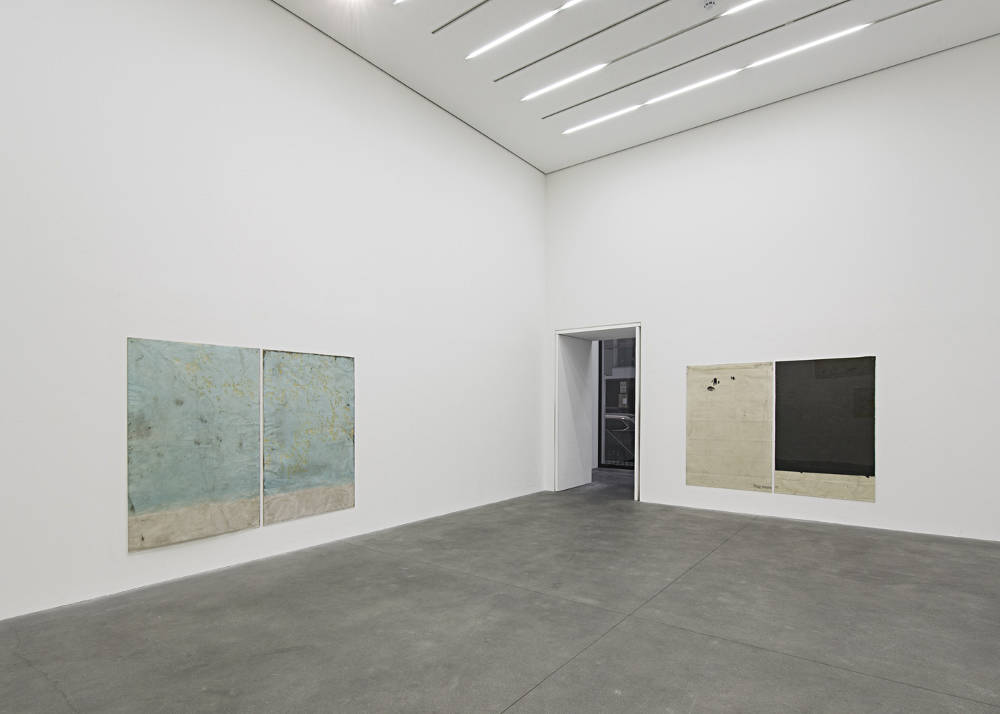 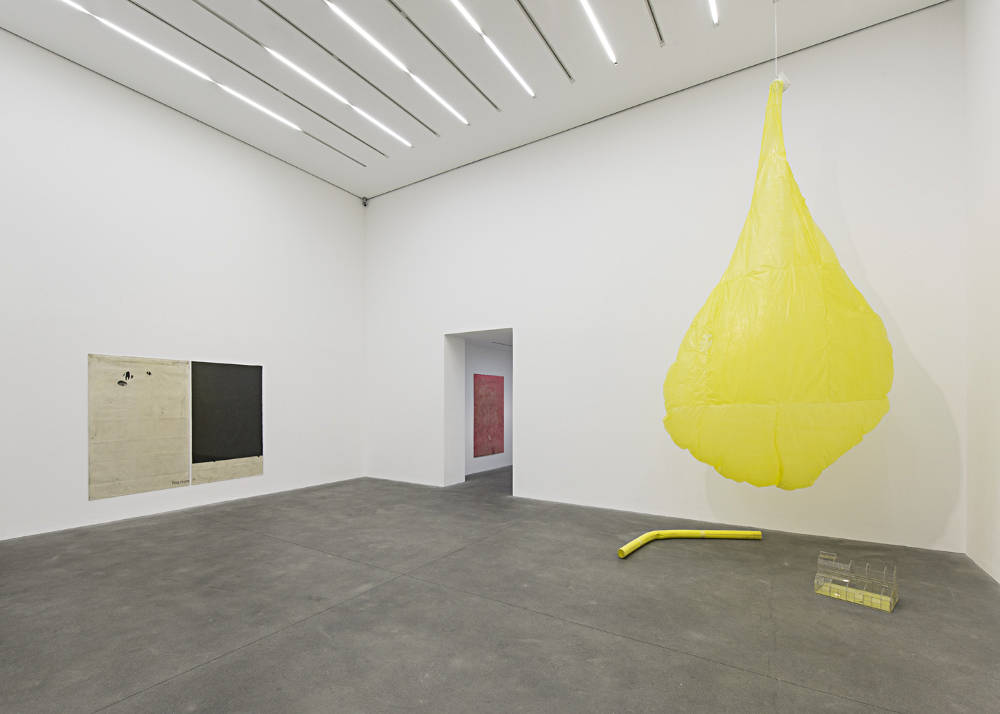 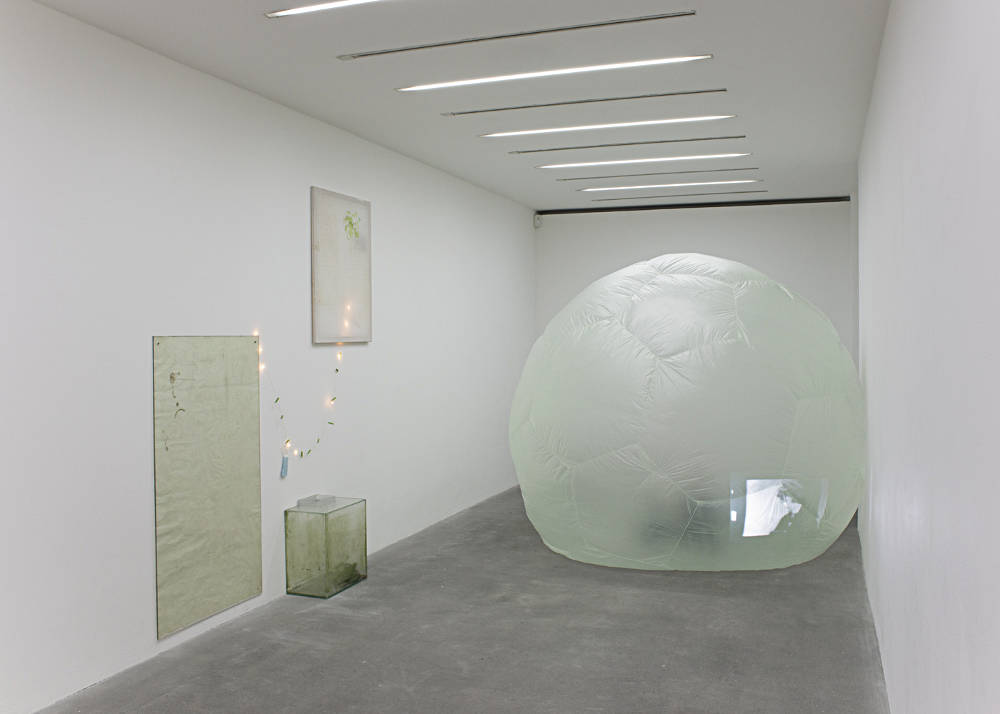 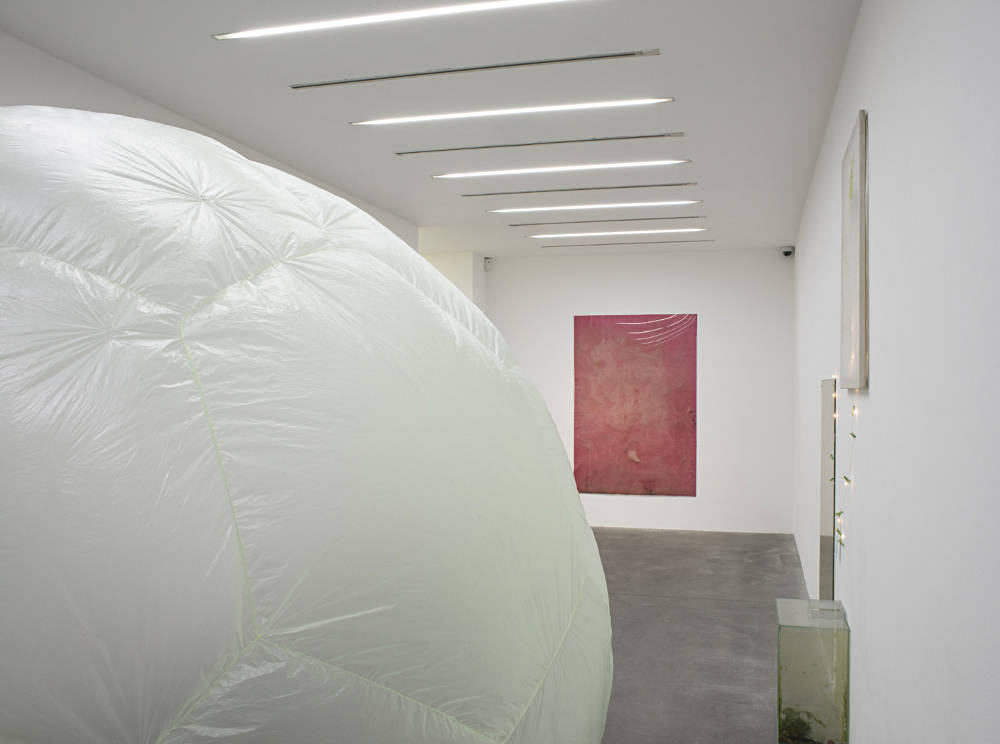 For two decades, Kiaer has worked with found materials to produce paintings, sculptures and installations that rest between chance and intentionality.

The title of the show refers to Samuel Beckett’s short story Ping (1966) that alludes to an embodied space where repeated words defy a linear reading in favor of something more spatial, material and rhythmic.

Kiaer’s new series of multi-layered paintings comprise of Plexiglas from discarded bus shelters laid over delicate watercolors. The new mark making coexists with marks and traces already on the plexi, allowing images and text to emerge and encapsulate time.

The works in the exhibition are the product of three avenues of enquiry: Samuel Beckett; philosopher Michael Marder’s thinking on plants, and Californian 1970s architecture, in particular, the experimental and temporary structures of Peter de Bretteville. Emphasising qualities of lightness, impermanence and transparency, Kiaer’s new work continues to build on earlier projects inspired by utopian architectural thought and lifts fragments into different relations and allows us to see their new propositions.