“An artist creates, and what comes out, comes out. I have no control over what other people might think. Creation, whether it’s songs or paintings try to tell a story and try to engage the viewer or the listener,” explains John Mellencamp when asked about the relationship between the paintings in his latest exhibition at ACA Galleries in New York City, entitled “Life, Death, Love, Freedom” and his 2008 album by the same name. Rolling Stone called the album one his best. When asked about this Mellencamp replied “I pay no attention to what Rolling Stone says about my records. On one hand, they say this; on one hand, they say that. I never could figure out what they were saying that mattered, and that’s just about anyone.” Ah, John, so nice to have you here in New York!

I am reminded of Billy Joel’s words to Mellencamp when he was inducted into the Rock and Roll Hall of Fame “Stay ornery, stay mean. We need you to be pissed off and restless, because no matter what they tell us, we know, this country is going to hell in a handcart.” And that was 10 years ago. Whether it’s the plight of farm workers, poverty, racism, gun control, or some other social injustice, at 66, Mellencamp continues to tell the stories and struggles of common people. In this exhibition, he doesn’t hide away from his singer song writer roots, he’s not saying, I was a rocker then, now I am a painter. Nor does he hide from his fame – there are references to “A little ditty about Jack and Diane,” there are photos of Meg – it turns out that visual art too, is just part of who he is and the stories he is trying to tell. Mellencamp in fact, originally came to NYC in the 70’s to study art at the Art Students League before the whole music thing took off. Growing up in Indiana, his mother was a painter. So none of this is new to him, but for some us it is. Yes, John Mellencamp is a painter, and as it turns out, a damn fine one at that.

The exhibition is his second solo show at ACA galleries, an appropriate venue given its progressive history. Established in 1932, it hosted the inaugural meetings of the American Artists’ Congress and was later associated with the WPA and the federal programs that aided American artists and public art projects throughout the Great Depression. When asked about the gallery, Mellencamp affirmed, “Yes, I wanted to be somewhere that had a long history and a certain type of reputation. Nothing too hip for me.”

According to the curator, Mikaela Sardo Lamarche, Mellencamp was very involved in the installation of the show. If you are expecting art displayed carefully side by side, at eye height with complementary lighting, that is not what you will find here. This show, the pictures hang salon style with uneven spacing, some works suspended with leather belts, some on the floor, and the room is deliberately dark and dramatic. The installation echoes the art – like one big assemblage itself. That, coupled with some of Mellencamp’s songs playing in the background, the viewer is immersed in an environment of the artist’s making. “I use the same palette as Rembrandt. Any colors that may occur are created out of those primary colors. That is, unless of course, I decide to use house paint; and that changes everything.” He goes on to explain, “I always start with a vague notion, but I let the painting go where it wants to go. I do not try to control what happens on the canvas. I paint dark to light. Sometimes I listen to music, sometimes I don’t. Sometimes I just enjoy the quiet.”

As you stroll through the space, like a dark street or late night tavern, your eyes are drawn to different characters along the way – some historic and recognizable, like Arlo Guthrie, Tennessee Williams, the boxer Jack Johnson, Martin Luther King Jr, and James Dean, but mostly a lot of unknowns, like in the large painting “Used People.” There are assemblages which include bullets, and handcuffs, clowns and boots and cigarette packs. When I remarked that I felt a sense of sorrow in his work he replied, “What you are seeing as sorrow is great, but that is not particularly what I had in mind. If that’s what the viewer sees that’s great. I have no control over what the viewer might think. This world will continue on without us. As I wrote in a song many years ago, “This world is a graveyard, it will swallow our bones. It was here long before us. It’ll be here when we’re gone.”

For someone who grew up in the 90’s with a certain image of John Mellencamp, with those catchy tunes, that hair and t-shirts and jeans, it is inspiring to see this prolific artist still writing good songs – he just released his 23rd album last year, Sad Clowns & Hillbillies – and making art, over 30 works in this show alone, which a new generation of listeners and viewers can appreciate. While Indiana may still be home, Mellencamp has taken up residence in NYC. He describes, “I was walking down the street the other day. A young man stopped me and said, “Hey, Mellencamp, welcome to the hood. It’s good to see you here. Can I welcome you to this area? I always thought you were a real person, not like some of the other pretenders.” John Mellencamp has proven over the years that you can be popular and still be authentic. 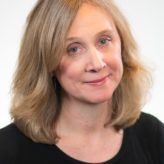