The rooms of Craig F. Starr Gallery are dimly lit for its current exhibition, “Eva Hesse: Arrows and Boxes, Repeated.” Under low spotlights, Hesse’s works emerge from the murky shadows. Reliefs, paintings, collages and sculptures are on display — a representative selection of the artist’s multimedia body of work.

Before she discovered the polymers with which she created her signature, critically acclaimed sculptures, Hesse worked as an accomplished drawer and painter using more traditional materials. At the School of Art and Architecture at Yale University — from which she earned her B.F.A. in 1959 — Hesse was a star pupil of renowned colorist Josef Albers. Her first solo show was an exhibition of drawings at Allen Stone Gallery in New York in the early 60s.

In 1961, in New York, Hesse married a sculptor of some repute named Tom Doyle. She moved with him to Kettwig-am-Ruhr, Germany for a year, in 1964, upon the invitation of textile manufacturer and art collector Arnhard Scheidt. Born in Hamburg, into a Jewish family in 1936, Hesse fled Nazi Germany in 1939. She, her sister and her parents were the only members of her family to survive the holocaust. Her decision to accompany her husband to Germany was not an easy one.

Though her stay there was emotionally difficult, due to both her past and the early fraying of her marriage during this time, it was in Germany — working in one of Scheidt’s abandoned factory buildings — where Hesse began to experiment with different processes and materials. In a letter to her friend Rosie Goldman, dated December 14, 1964, Hesse wrote:

“ … I have been enjoying the newness and the work. In the abandoned factory where we work there is lots of junk around. Tom has used much steel and odds and ends for his sculpture. I have all these months looked over and at much of the junk. I finally took a screen. heavy mesh which is stretched on a frame like so and taken cord which I cut into smaller pieces. I soak them in plaster and knot each piece through a hole and around wire. It is compulsive work which I enjoy. If it were really a new idea it would be terrific. But it is not. However I have plans with other structures and working more with plaster. It might work its way to something special.”

Following her return to New York and her separation from Doyle, Hesse worked out of a warehouse studio on the Bowery. She continued to use industrial materials, now acquired from the numerous supply stores located along Canal Street. In 1967, she joined Experiments in Art and Technology, a group co-founded by Robert Rauschenberg that brought together artists and scientists to exchange knowledge and ideas. It was from this group that Hesse learned about the polymers she would come to utilize, such as latex, rubber and fiberglass.

Together with her studio assistant, an expert technician named Doug Johns, Hesse created Repetition Nineteen III in 1968 and many other pieces involving polymers to follow, including Accession V (1968) and Sans III, both now on display at Craig F. Starr.

Sans III (exhibition copy) is a series of small, open boxes made of latex and metal. It hangs from the top of a wall of the gallery’s first room, playfully creeping down and out onto the floor like a line of quadrilateral ants. Across from this piece, hangs “Untitled” (1968), an eerie grid resembling barred windows, made using ink with wash and pencil on paper. This pair perfectly exemplifies the show’s theme.

Next to “Untitled” (1968), hangs “No title” (1963). In a document contained in the Eva Hesse Archives at the Allen Memorial Art Museum at Oberlin College, Hesse calls an exhibition she sees of Arshile Gorky’s drawings “great.” “No title” (1963) and other pieces of hers similarly laid out seem perhaps to have been made with his work in mind

“No title” (1963) is a dynamic painting made with ink, gouache, crayon and graphite on paper. A thick, purplish arrow runs downward and to the left at the center, and under and over a series of black lines that resemble train tracks. A large, curving block of black in the upper left corner gives the appearance of a body of water that pools and laps up against angular lines that read like mountain tops and cliffs in white and gray. A variety of shapes cluster below, including another arrow, faint and gray and pointing due left. The right side of the paper is largely blank. The piece evokes travel and movement, perhaps westward.

Ditto (1967) is on display for the first time in 40 years. Made with Plexiglas, sculpt-metal, wire and paint, the work consists of a gray square on which there are nine textured circles divided evenly into three rows. From the centers of the circles poke long wires that reach almost to the floor. The piece is industrial and synthetic, and yet sexual and human — classic Hesse.

No matter how industrial or synthetic her materials got, everything Hesse created stemmed from her own personal touch and inner life. And so her art has been associated with abstract expressionism, process art and, most notably, post-minimalism. She both gained inspiration and strayed from the aesthetics of close friends such as Sol LeWitt, Robert Smithson and Mel Bochner. Her approach to mediums was equally fluid. Lines and shapes materialized in Hesse’s work as they would — whether in pencil, paint or polymers. “Eva Hesse: Arrows and Boxes, Repeated” aptly highlights this aspect of Hesse’s work, giving the visitor a particular viewpoint from which to see and gain new perspective on her art and process. 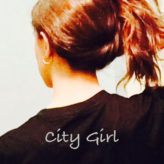