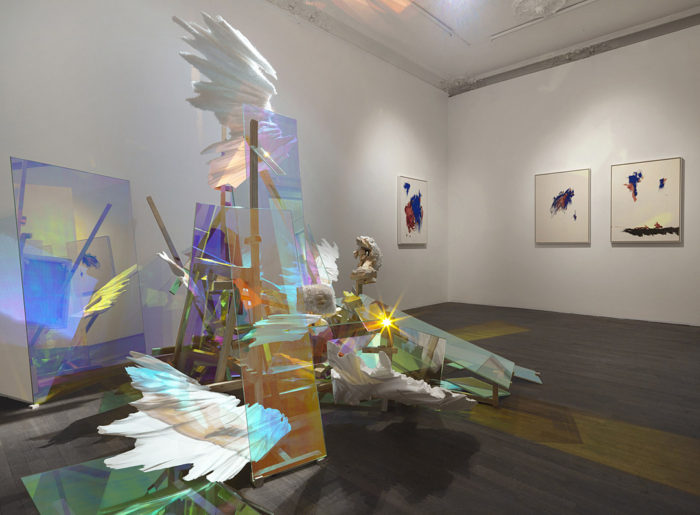 For Berlin, Wim Botha (born in 1974 in Pretoria; lives and works in Cape Town) has created an installation that makes use of the entire gallery space. It consists of overlapping glass plates that reflect one another and provide the artificial cosmos within which the artist situates his fascinating sculptures. His works include portrait busts, monumental heads of the Virgin Mary and wings that resemble prisms, but also non-representational paintings on canvas and paper. 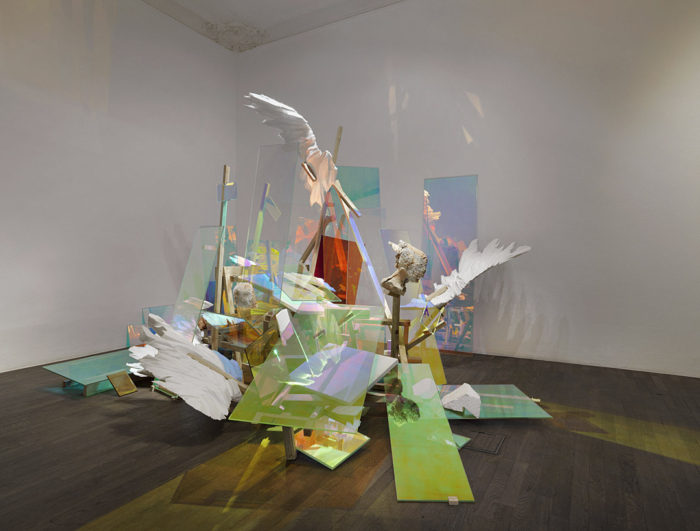 In this multifaceted laboratory, Botha’s paper busts are especially striking. They are sculpted from books that are milled to reveal distinctive facial expressions. Botha became known to an international audience when he presented these busts at the Venice Biennale in 2013. They act as anchors in the loosely composed space, even though they themselves hover like theater props on simple slat constructions. Very noticeable in the exhibition is the way in which Botha mixes and matches the most diverse of materials, such as wood, marble, glass, and polystyrene, as well as, more recently, crystals grown from copper sulfates. 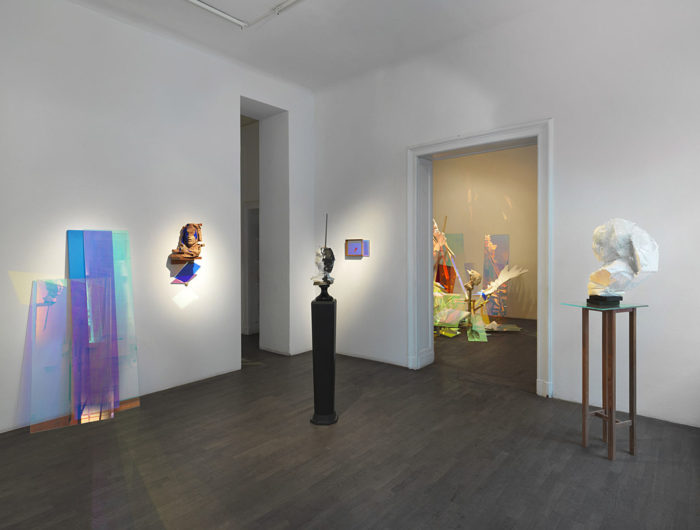 The artist thereby creates a fascinating atmosphere filled with changing colors and broken forms that viewers can easily dive into as though into a virtual world. Viewers, in turn, experience a type of change in this intermediate world as they oscillate between blue screens that resemble media monitors and iconographic contexts. This is how they end up in what Avanessian and Malik refer to as “speculative temporality,” that is, a temporality that lies beyond the here and now, where we live the uncertainty of the future while, simultaneously, the past is absent. 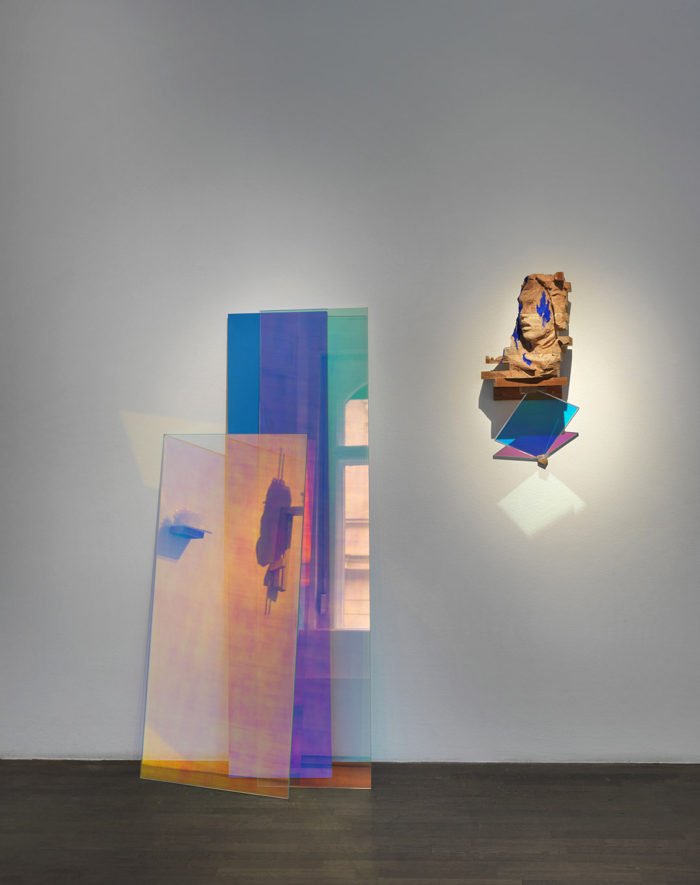 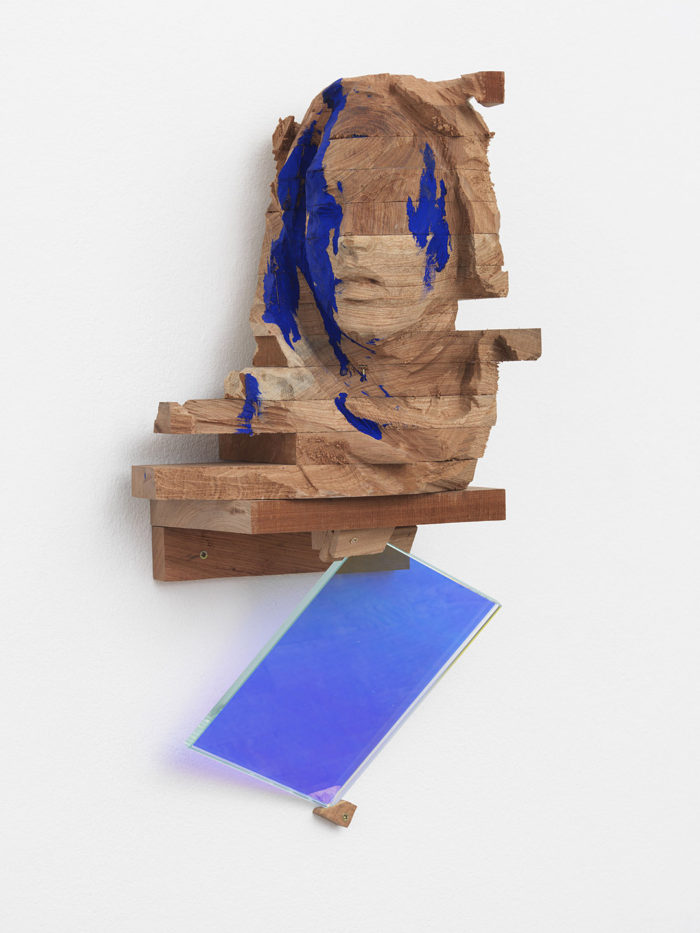 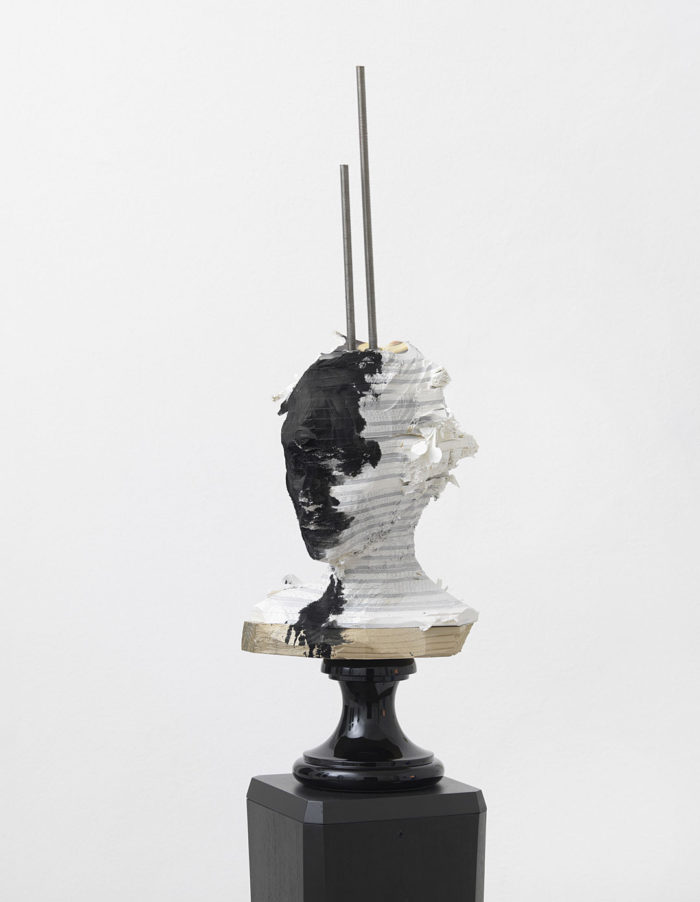 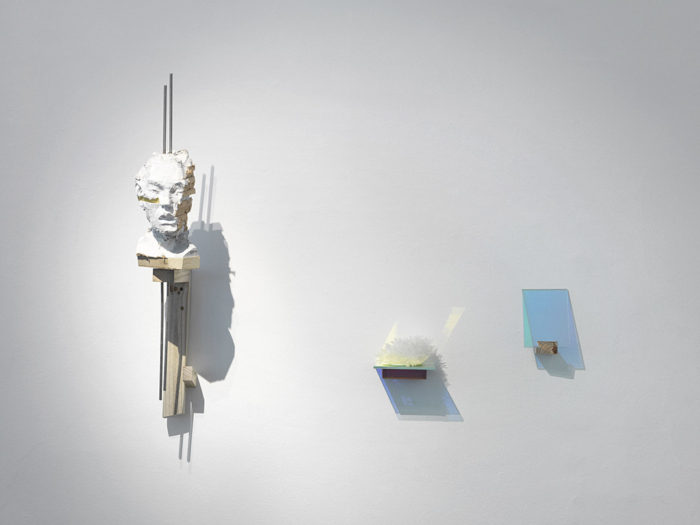 Courtesy of the artist and FeldbuschWiesnerRudolph, Berlin