Iceland has been of increasing interest to Americans and Reykjavik has become a travel hotspot but how much do we know of Iceland’s cultural, and specifically artistic, history? What place does Icelandic art hold in the history of 20th-century Western art? Other Hats: Icelandic Printmaking at the International Print Center provides an excellent survey of the process of printmaking in Iceland, a medium which most artists in Iceland have explored. The show includes 26 artists, ranging from painters, sculptors, musicians, and even topographers, who have all engaged in printmaking as one of the many “artistic hats” they’ve put on during their careers in Iceland.

All of the pieces allude back to the Icelandic tradition of storytelling, which is a central aspect of Icelandic culture. Whether it is a work about divorce or motherhood, a portrait, or a landscape, each work tells its own personal story. A good example of this is Bigir Adrésson’s two screen-prints Portrait #3 and Portrait #4. Bigir, who grew up with blind parents and was raised in a blind house, paints a portrait of two people solely with words. The viewer is meant to read the descriptions out loud, as one would read a story, and imagine the person described. Another good example of this is Eygló Harđardóttir’s Sculpture which is an artist book that has no beginning or end. It challenges our expectations of how a book, and essentially a story, is structured and pushes the viewer to open his or her eyes to a story’s many possibilities.

The exhibition also tells the story of printmaking and strongly attests to the importance of printmaking as a unique medium where artists can express themselves in ways other mediums do not allow. I was struck at the versatility of the works. The varying colors, subject matters, sizes, and artistic styles really demonstrate how printmaking comes in many shapes and forms and can serve many different purposes. For instance, the playfulness of Helgi Porgils Fridjlónsson’s compositions work effortlessly well with the intensity of Magnús Dór Jónsson’s self-portraits, all uniting under a similar celebration of both printmaking and Iceland’s unique artistic culture. I was also struck by how many artists in the exhibition utilized their work to express environmental concerns. It’s clear that not only does Iceland have a long history of storytelling, but also environmental activism, which makes sense considering the fact that Iceland is now seeing the melting of many of their glaciers.

The exhibition is not just educational, but incredibly enjoyable. I was lucky to have the chance to talk with co-curator Pari Stave about the exhibition and her vision behind it.

GRACIE: The exhibition circles around storytelling as each work in its own way both tells its own story and alludes back to the tradition of storytelling. What story did you hope to share in putting together this show?

PARI: What we would like to convey is that there is a story behind the making of every print in the show. Where the stories converge and what they hold is common is that each artist chose printmaking as the best tool for conveying a certain idea. For example, you have Per Kirkeby making sketches on zinc plates instead of making drawings on paper because he wanted to record an immediate response to a place. Furthermore, he wanted to be able to form the impression so that it would later be expanded on in multiple copies- teasing out the possibilities for nuance changeability implied in the printmaking process. In a different vein, the writer Hallgrimur Helgason creates characters in his novels but takes his characters to an extreme in his prints by making them caricatures. Magnus Thor Jonsson tells us a story about the many aspects of himself, as does Deiter Roth. There are many stories being told!

GRACIE: As most of the artists in the show “wear many hats” in terms of making art, being painters, sculptors, and even musicians, on top of printmakers, how do you think printmaking reveals something new and different to viewers about each artist? In other words, are there aspects of each artist and his or her work that these prints give us an intimate glimpse into? Perhaps something that paintings, sculptures, and songs do not?

PARI: In general, yes there are aspects to the prints that give us an intimate glimpse into each artist’s practice. Bjork’s tiny fairytale reveals something about her tendency towards the magical and fantastical. In Gudjon’s Ketilsson’s case, the making of the print becomes an opportunity to apply his approach of meticulousness, obsessiveness, and self-reference in another form.

GRACIE: Are there larger ambitions behind the show to educate American audiences on Icelandic culture and to give Iceland a well-deserved place in 20th-century Western art history?

PARI: We set out with the ambition of showing New York audiences that there is a vibrant and multi-faceted aspect of contemporary art in Iceland that embraces experimentation in a fearless, uninhibited way. There is also a sense that artists find the means to the ends they want to achieve. 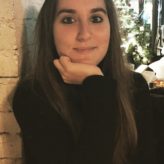 Gracie Brahimy, who has been working in the arts since graduating Sarah Lawrence College in 2013, is currently the artist assistant to painter Katherine Bernhardt and has worked at both CANADA and Susan Inglett Gallery in the past. She is also purusing a masters degree at NYU in art history and has been granted a research fellowship in Florence in the fall of 2017.