In recent years, people have been debating whether video games can be art. While that argument rages on, one thing is sure: art can become video games. Here are six online games that are perfect for art lovers.

Many consider Fumito Ueda’s puzzle-platformer game Ico to be one of the greatest games ever made. One reason it is so celebrated is because of its beautiful art style. Ueda has said that the Italian metaphysical painter Giorgio de Chirico, who founded the art movement Scuola Metafisica, which later influenced the Surrealist movement, was the primary influence behind the game’s look.

Ticket to the Stars

The Work Projects Administration’s posters were produced between 1936 and 1943 in the US during the Great Depression. The posters became celebrated for their distinctive images and simple messages for promoting positive social ideals and programs. The posters record an important moment in US history. They also represent one of the first government programs to support the arts. If you love the artistic designs and imagery of the WPA posters, you are sure to enjoy playing the Ticket to the Stars slot game, which boasts a vintage design inspired by classic WPA posters. The slot, which is available at Casumo online casino NZ and Casumo casino in other countries, is a five-reel, three-row game with twenty-five fixed bet lines and lots of special features, including Swooping Reels.

In the science-fiction role-playing game Transistor, you control the protagonist Red as she travels through numerous locations battling foes known as The Process. While most players will simply enjoy the action and thrills, art lovers will notice that the game’s designers were influenced by Austrian symbolist painter Gustav Klimt. Transistor’s scenes appear to borrow from both Klimt’s The Kiss and Portrait of Adele Bloch-Bauer I, and the game’s general aesthetic uses art nouveau patterning and a heavy reliance on opulent colors.

The 2006 video game Ōkami’s visual style borrowed heavily from the Japanese Ukiyo-e genre, in which woodblock printing is used. The woodblock printing style was most prominent during the Edo period. Celebrated artists include Masanobu and Hiroshige. The art genre often depicted folk tales, so it was the perfect style of design to use for Ōkami, a game that features folklore and celestial beings. Even if you are not a fan of action-adventure video games, you are sure to appreciate the beautiful artwork of Ōkami.

One of the world’s greatest artists, Vincent Van Gogh, is the star of this fun slot game. The Van Gogh slot features many of the Dutch artist’s most well-known masterpieces, such as Sunflowers and Starry Night. The game is both relaxing and challenging, and it contains background classical music that enables you to feel like you are in the nineteenth-century post-impressionist studio. Van Gogh was not commercially successful at all during his life, which tragically ended when he committed suicide at the age of thirty-seven. But with even slot games being inspired by him, it is clear that his legacy as one of the most important painters of all time lives on.

Even non-art-lovers know who M.C. Escher is. The Dutch graphic artist made mathematically inspired woodcuts and lithographs, and he is most well-known for his work Relativity in which the normal laws of gravity do not apply. The popular 2013 indie game The Bridge owes a great debt to Escher. You take control of a character in a forever-changing-orientation environment. Impossible constructions are a dominant feature of The Bridge, and the central character is even modeled on Escher himself. 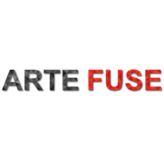 This article was Re-Posted from another source.