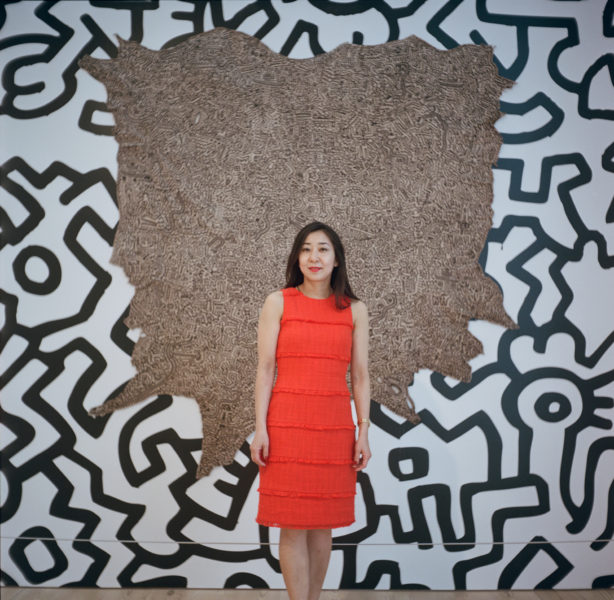 Kyoko Sato hit bottom soon after arriving in New York in 2002 to be with the man who was to become her husband (since divorced). “I had been able to work freely in Japanese society, so I really suffered when I came (to the States) since I couldn’t do that anymore,” she says. “I had really loved my job in Japan, so it was tough; I wondered if I had made a stupid decision.”

In the three long, difficult years until she received her green card in 2005, Sato says, “I couldn’t work and felt I was gradually losing all my energy.”

That energy had been considerable. A graduate of Waseda University’s School of Literature, where she studied art history, Sato entered the NHK group after graduation. Assigned to manage an exhibition on the culture and art of the Jomon Period (10,000-200 B.C.), she memorized every detail of the nearly 1,000 pieces, including in some cases the phone numbers of the owners, and became known to her team as a “walking CD-ROM.” 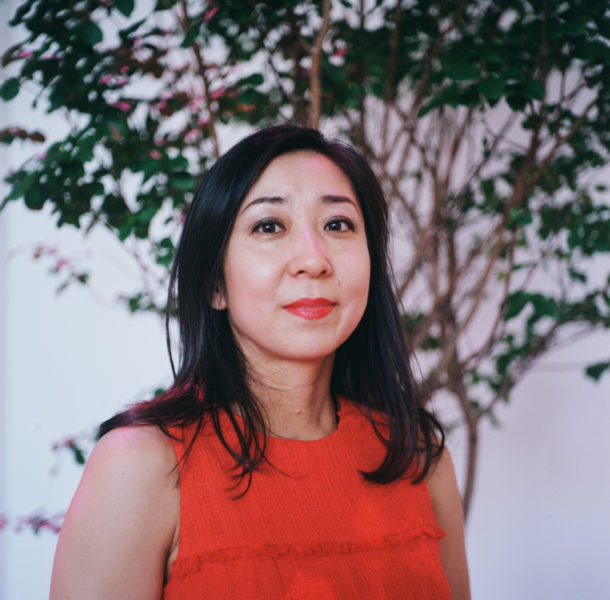 Transferring to NHK Enterprises, NHK’s program production and sales arm, in 1999 at age 27, Sato was able to work in another field of interest: fashion. As producer on a launch project for Omotesando Collections, a major beauty and fashion event, she collaborated with top stylists and other leaders in the fashion world. “It was a wonderful experience and gave me a lot of confidence,” she recalls. “I began to dream of a bigger world – Tokyo felt too small. That was the reason I decided to go to New York.”

After obtaining her green card, Sato had a fortuitous encounter with her former boss in the NHK group, who was working on cultural projects for the Asahi Shimbun newspaper. “She asked me to help her and, through that job, I made contacts with museums and major private collectors all over America,” Sato says. One result: “Ancient Egyptian Queens and Goddesses: Treasures from The Metropolitan Museum of Art, New York,” an exhibition that Sato helped organize and brought to the Tokyo Metropolitan Art Museum and the Kobe City Museum in 2014. “It took a total of seven years, beginning with negotiations with the museums,” she says. “I just keep beavering away at it with the Japanese expression ‘keizoku wa chikara nari‘ (slow and steady wins the race) as my motto.” It was, she adds, “my biggest accomplishment to date.”

Another turning point was the Great East Japan Earthquake that devastated the Tohoku region in northern Japan on March 11, 2011. Sato curated an exhibition of photographs documenting the lives of victims in the disaster area for the Nippon Club in New York. “I wanted to do whatever little I could to help Japan,” she says. Sato followed up with a similarly themed exhibition last year. Some of the photographs are now housed in the permanent collections of the International Center of Photography.

Still another professional milestone was the first exhibition of contemporary art that she curated in 2014 for the Nippon Gallery in New York. “The gallery director was a senior of mine at Waseda,” Sato says. “She asked me if I had a plan for an exhibition and used the one I proposed.”

Sato has since organized several contemporary art shows for galleries in New York, including Waterfall Mansion & Gallery on the Upper East Side. Among the artists who have exhibited there, from November 2016 to March of this year, is 32-year-old Miwa Komatsu, whose work is inspired by Shinto spiritualism and Japanese mythology, vividly expressed in everything from copperplate drawings and gold-leaf-based paintings to porcelain figurines. “I’m attracted to artists with energy,” Sato says. “Hers is something unique.”

Sato’s own interest in art developed early, when she was a child in Costa Rica where her businessman father was assigned. “I collected the ukiyo-e cards that came with packages of Nagatanien topping for ochazuke (green tea poured over rice),” she says. “That’s how I learned the works of (Toshusai) Sharaku and (Utagawa) Hiroshige.”

When Sato was in the fifth grade, her family returned to Japan by way of Mexico, where she first encountered the wall murals of Diego Rivera, Jose Clemente Orozco and David Alfaro Siqueiros. “I was just a kid, but I could sense the incomparable energy of the Mexican mural movement,” she says.

In Hyogo, the teenaged Sato faithfully attended exhibitions of Keith Haring, Andy Warhol, the Pre-Raphaelites and other artists. She also made her own art, including posters that won prizes in local contests, but her high school art teacher, saying her talent was only average, did not urge her to attend art school.

Instead, influenced by the work of art critic Shuji Takashina, Sato decided to enter a regular university and specialize in the Italian Renaissance. “The idea of studying something other than art didn’t occur to me,” she says. Neither did the thought of becoming a curator. “More than sitting and studying, I was the active type,” she explains. But at NHK she became involved in the staging of major exhibitions – and changed her mind. “I was very lucky to find that job,” she says.

Beyond her personal passion for art, her two daughters, both now in elementary school, have given Sato a strong incentive as a single mother to succeed. “Everything I do is for them,” she says. “I want to guide them to the kind of life that best suits them. I want us to achieve our life goals together.” Being a single mother can be so difficult, but her children really inspire her to be a better person. Normally, following on from a divorce, the mother will usually receive full custody of the children. This is what happened here, leaving Sato as a single mother. Whilst every mother wants their children to live with them, the responsibility of looking after two children and trying to pursue an art career can be overwhelming at times. This is where Sato would probably require some help from her ex-husband. As she currently parents on her own, she should really consider getting in touch with a divorce attorney to try and seek some support from the father of these children. Those attorneys can help with child custody and other family law issues, so they could help Sato out. For now, she’s just focused on her children and her career, but that is something that she could look into to give herself more freedom and creativity.

One of her central goals, Sato says, is to “help make the world a better place through art.” “Artists don’t simply make works; they sensitively absorb the environment around them and express that through their art,” she says. “For example, when an artist paints from his heart a picture that expresses a wish for peace, viewers can mysteriously feel it. Such art has the power to touch people’s souls and change their values and thinking for the better. I want to present that kind of art and make those changes a reality.”

And New York will continue to be her home, Sato says. “The best of the best in the world gather here,” she says. “I can meet them and come into contact with their thinking. I can learn things I never could have imagined myself.”

Hometown: Born in Hyogo Prefecture, grew up in Costa Rica and Japan

Life philosophy: “I think it is often easier to make progress on mega-ambitious dreams. I know that sounds completely nuts. But, since no one else is crazy enough to do it, you have little competition. … The best people want to work the big challenges.” (From a 2009 speech by Google founder Larry Page)

Writing by Mark Schilling and photos by Geoff Thomas

Thanks to the Japan Times who published this article.