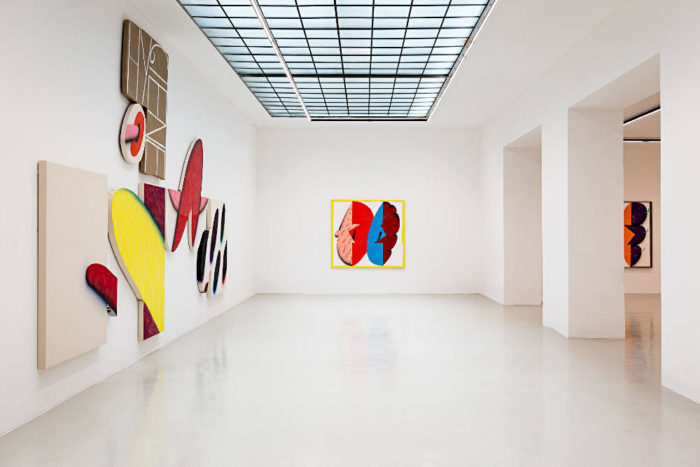 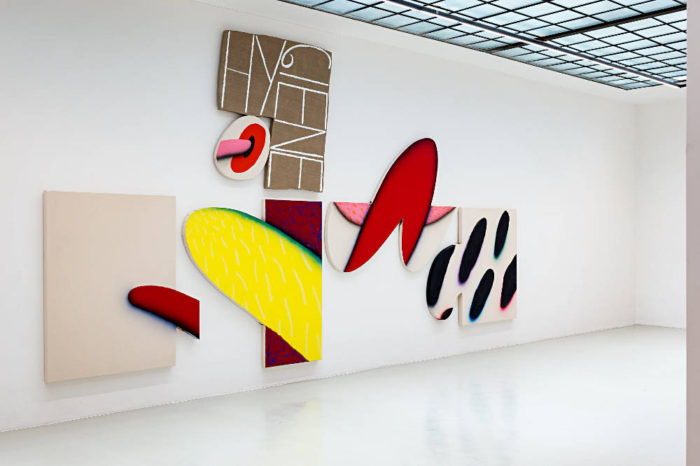 The paintings of James English Leary (*1982 Chicago, US) pit figuration against abstraction invoking metaphors that nurse (and satirize) camp-psychological states in the viewer.

Rather than “painting the paintings” Leary constructs them out of painting’s component parts (stretcher, fabric, color, in that order) often employing a shaped substrate. The resulting image-objects and their buoyant overtures towards a “language” humorously engage the problematics of how to “read” a painting and conjure the art experience as a slapstick rorschach, a drama of legibility, which hinges on the impossibility of making a shape that doesn’t eventually refer back to something of this world. 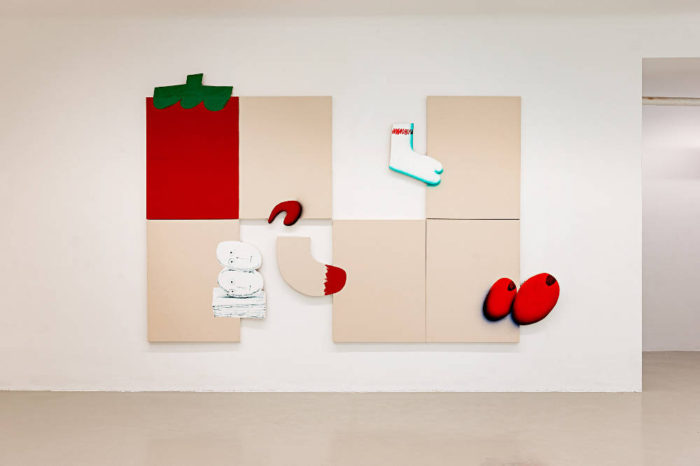 James English Leary lives in New York City and works as an artist, filmmaker and teacher.
He is a founding member of The Bruce High Quality Foundation and the Foundation’s free university, BHQFU. In 2010 his works were included at the Whitney Biennal and the „Greater New York“ Show at MoMA PS1.
Leary´s recent solo exhibitions include Simgaleria, Curitiba, Brazil, 2017; “Family Romance”, Galeria Leyendecker, Tenerife, 2016, „Lady Chatterley´s Lover´s Lovers“, Four A.M., New York, 2016 and „Triple Motherfucker“, Vito Schnabel Projects, New York City, 2015.
He is the recipient of a 2015 Tiffany Foundation Award and currently an adjunct professor at „The Cooper Union School of Art“. 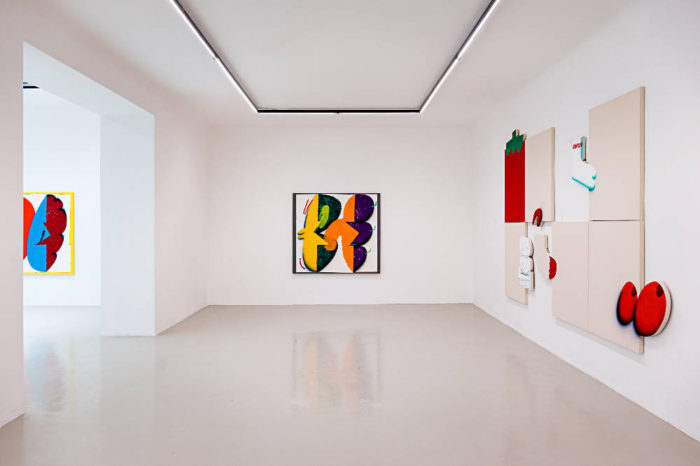 “I think when people talk about abstraction, what they mean is materials that only refer to themselves. I think abstraction is impossible actually – even paintings that we talk about as being abstract. You kind of project figuration on to if you are like me. If you look at a Jackson Pollok painting and you see like – you know – the hippies dancing in the rain. You kind of have to complete this representation yourself and you need to commit to some position within yourself about wanting a picture to refer to a body.”

Courtesy of the artist and Galerie Lisa Kandlhofer, Vienna