Chiharu Shiota is primarily known for her immersive installations, such as The Key in the Hand, with which she represented Japan at the Venice Biennale in 2015. Weaving intricate networks of yarn, the artist creates new visual planes as if she were painting in mid-air. The installation Uncertain Journey is 10 meters high and fills the gallery’s vast central atrium with dense webs of red yarn – seemingly growing from above, reaching down towards the skeletal hulls of boats which rest on the gallery floor below. The color of blood, the nexus of yarn is laden with symbolism, for the artist it alludes to the interior of the body and the complex network of neural connections in the brain. Enclosed by the canopy overhead, the boat carcasses raise existential questions of fate and belonging, evoking ideas that can be as complex as the tangled yarn itself.

In conversation with Blain | Southern’s Craig Burnett, Chiharu Shiota explains her concept and the use of a metal skeleton of a boat: “I like line, and when I made a sketch of the boat I wanted to keep this line. So I thought I want to make a boat only with line. I used the boat for the first time in Venice. Boats are always travelling, always carrying people, so in a sense we are always in a boat – ready to go but we don’t know exactly where to go. This is the concept that I wanted to express with the boat. And they are in a red ocean made from yarn, very thin yarn, with connections everywhere, so the installation became like the universe. As people come in at first they look around and then they see an infinite line. Just as the universe is infinite, there appears to be no end to this line of yarn.“

The line also speaks about connections and relationships, as Shiota expresses: “From beginning as a painter I liked making just one line, but it’s very difficult to tell everything with just one line. I now use yarn and string, and if the line in the string has tension, the human relationship will also have tension. If the line is cut, the relationship is cut. If it stumbles, the relationship stumbles.  The line can speak for me about everything that connects people, about changing human relationships. Everything for me is a way to keep the key to being connected as humans. And this kind of big installation is like one big connection, like a memory system inside our brain.“

Her explorations of space, objects, material and scale continue with a series of new works where networks of yarn, thread and occasionally found objects, connect within frames reminiscent of scaled down buildings or doll’s houses. 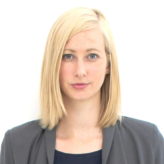