So generously imparting a retrospective of Kinetic Art pioneer, Alberto Biasi, GR Gallery anchors its core theme. Showcasing over 20 of his most famous works since the 1960’s, including his “Optico-Dynamic Reliefs”, “Torsions” and “Assemblages” series, viewers can experience the evolution of the art at its finest. His interactive “Eco” is also on view, for the first time in the U.S. Founding the groundbreaking artist collective, Gruppo N, Biasi spearheaded experimentation with optics, perspective and illusion in the 60’s. “I am considered a kaleidoscopic and multi-dimensional artist because I never settled on one style. I always continued to try out different ones,” says Biasi. It is this very dynamism that has come to define Kinetic Art. Simply put Kinetic Art explores how things look when they move. Intricate assemblages of both raw and synthetic materials, viewer’s stance and glare fuel unique impressions that shift with time and motion.

“A lot of inspiration I got from Dadaism because of the dynamism in texts, movies and the movement itself. I met a famous Dadaist—Hans Richter. He wrote this book, Dada and anti-Dada (1964), in which he reproduced two of my works. That was when I felt the surge to advance.” – Biasi

Dadaism rooted such discourse in its rebellious, anarchic tone. Attempting to challenge the aesthetic norms imposed by society, the avant-garde Dadas supplied perspective that Kinetic Art traverses sensitively. Albeit through Biasi, or his primary sources of inspiration—Raphael Sotto and Piet Mondrian – a level of interactivity between art, human bodies and the ‘machine’ persists. Challenging optical vision with an intriguing assemblage of paint, color, PVC strips, and geometry, Biasi’s works seem to vibrate, into Torsions. Shimmering, long eyelashes frame a focal point, whose pupil grips onto yours. Fluttering your perspective into various questionable realities, Kinetic Art suggests that for most things—there is neither one solution nor identity.

“Art movements always move in leaps. In 1950’s there was a big change because technology was introduced to art. Since then, there hasn’t been a significant ‘movement’, so I think there will be a new vanguard, which will be influenced by kinetic art. The electronic art age will eventually take over. Whether there will be progress or a regression as a result, we will never know.” – Biasi

Kaleidoscopes filtered with such geometric precision and power, Biasi’s art captivates.  It mesmerizingly steers viewers away from the conventional belief that we are controlled by what we see. That is, we are drawn to interact with what we choose to see.

For more information on the exhibition “Kinetic and Op Art”, check http://theresponsive.com

Photographs provided by the gallery 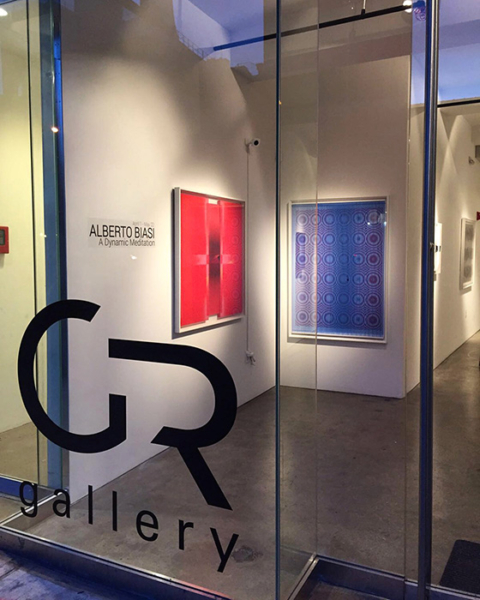 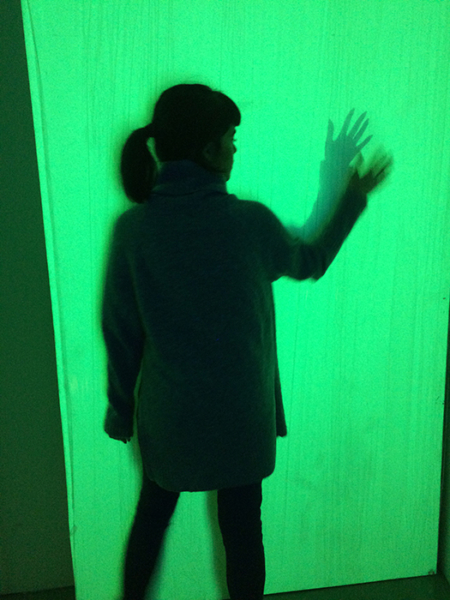