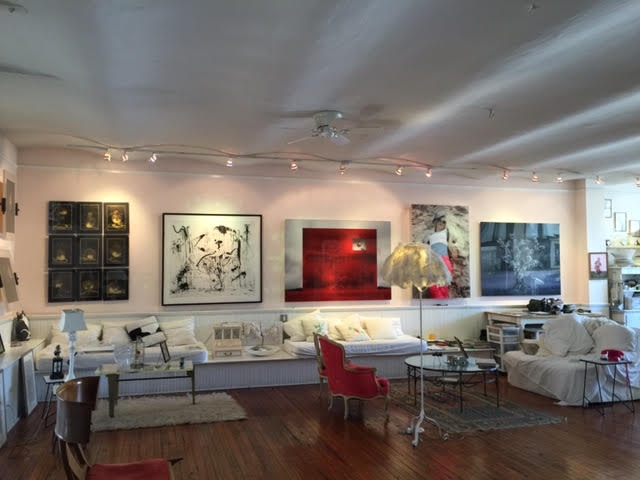 Lynn Bianchi is a New York City-based fine art photographer and multimedia artist who has shown work in over thirty solo exhibitions and in museums worldwide, including the Tokyo Metropolitan Museum of Photography, Japan; the Musée de l’Elysée in Lausanne, Switzerland; Musée Ken Damy, Brescia, Italy; 21c Museum, Louisville, Kentucky and the Art Gallery of Ontario in Toronto, Canada. Her photographic art has been featured in over forty publications, including The Huffington Post and the Encyclopedia of Food and Culture in the U.S., Vogue Italia and Zoom in Italy, Phot’Art International in France, andGEO in Germany. Bianchi’s work resides in numerous private collections across the globe, including Manfred Heiting’s and Edward Norton’s, as well as in museum collections including The Museum of Fine Arts in Houston, Texas; the Brooklyn Museum, New York and the Biblioteque Nationale de France, Paris. She has recently exhibited in New York City at the Armory Show at Salomon Arts Gallery, in a two-person show at One Art Space, and in a two-person exhibition at Shchukin Gallery.

My work is suspended between Henri Cartier-Bresson’s idea that to photograph is to hold one’s breath with all faculties converged in an effort to capture fleeting reality, and the belief that flowing processes that transcend reality cannot be entirely captured by static images. Through my multimedia approach, I capture the natural world illustrating our motivations and emotions, looking for the precise moment when mastering a static or moving image becomes a great physical and intellectual joy. The perpetual movements of an ocean, or the endless variations of a skyscape, reflect in my work our shifting internal gestures and motions – in a constant movement from still to moving images where the eternal is reconciled with the quotidian. 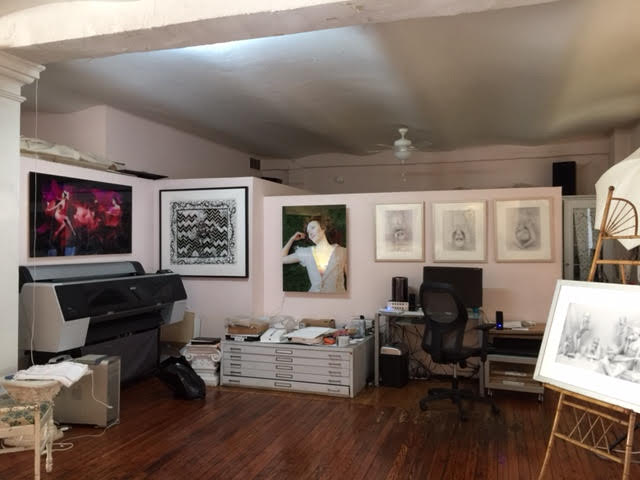 Robert Bianchi is a photographer born in New York. Bianchi uses the photographic medium as a way to explore dreamy and spiritual dreamscapes through carefully composed digital compositions. His practice merges a deep contemplation of human nature, suspended between materiality and spirituality, with an obsessive attention to fractalic details and classical compositions. Bianchi has been a visiting artist at the American Academy in Rome and his work has been exhibited and collected by Museums around the world. The Museum of the City of New York purchased twenty-eight images of his West Side Highway series, and his work is also part of the collection of the Brooklyn Museum, the Chrysler Museum, The Museum of Fine arts in Houston and the Museum de l’Eysee, Lausanne Switzerland. Robert Bianchi was the first artist working in photography to be given a one-person exhibition at the Aldrich Museum of Contemporary Art, highly acclaimed in the New York Times. His work has been exhibited and toured by the Kinsey Institute and recently shown at the Leslie Lohman Gallery in New York City. Some of the other galleries and Museums in which Robert Bianchi exhibited and had one person shows are: the Fotografie Fourum Interntional, Frankfurt Germany, Valloadold Museum,Spain, The Ken Damy Museum Italy, The Isses Gallery, Kyoto Japan, Mocha, New York, The Alternative Museum, Ledel Gallery, New York, the Barbara Greene and Fotosphere Gallery in New York, and the Joel Soroka Gallery in Aspen. More recently, he has exhibited in New York City at the Armory Show at Salomon Arts Gallery, in a two-person show at One Art Space, and in a two-person exhibition at Shchukin Gallery.

I have always been interested in the human form from a purely aesthetic perspective, but I have also always felt a strong connection between body and spirit. My images depict both corporeal and metaphysical beings. When we fall in love our heart pangs and our stomach turns into knots. Why? Our feelings, hopes and aspirations both affect and are affected by our physicality. I want my work to express this need for multiple connections across materiality and spirituality, interdependence and transcendence. The worlds I depict are always pantheistic. In my dreamscapes everything is related to everything else, everything is alive, everything is trying to express its inner world. I carefully compose my fractalic representations, with a particular attention to both the overall composition and its smallest details. My surreal scenes are composed of multiple photographs shot in infrared and then elaborated into enormous digital collages were single pictures become infinitesimal details. Most of my landscapes have been shot in Bali, and all of them throughout my travels in Asia. In other cases I use a digital camera to acquire several images of nudes in my studio in New York, shooting a few models at a time, sometimes two or three, other times five or six. Then, in post production, I blend them together in a meticulously crafted layered compositions, until their twisted and enhanced bodies can express my feelings and ideas.