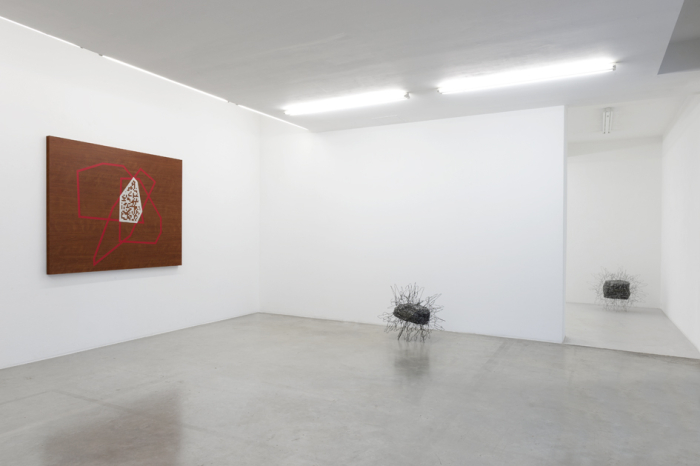 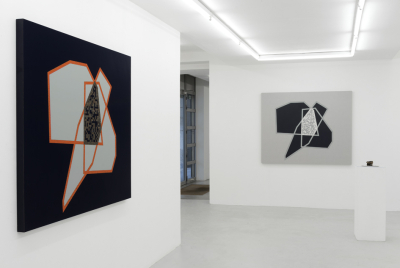 “Eggsplotion”: easy to grasp as neologisms go, but enigmatic nonetheless. So what do we mean by eggsplotion? The outcome of a straightforward physical phenomenon, the representation of some kind of culinary reassurance rooted in recourse to energy profusion. From behind this title emerge new artworks produced by different ideas, places and modes of collaboration. Theory, technology, mankind and food are brought together in the exhibition space by some accidental process.

“Dinner for 1”, for example, is an experiment carried out by the help of Parisian restaurant “Sauvage”; as the embodiment of a contemporary, not to say futuristic vision of food, it forms the exhibition’s starting point. Also on show are Adriana Lara’s latest Interesting Theories, based on a system she developed in 2010: continuously generated shapes associated with fresh production of knowledge function as both chronicles and multiples in a wide variety of forms. Symptomatic of the possibility of eternal recontextualisation, these screens have become what might be called “sample diagrams”; their underlying principle is extremely reflexive, their subjects being none other than themselves! 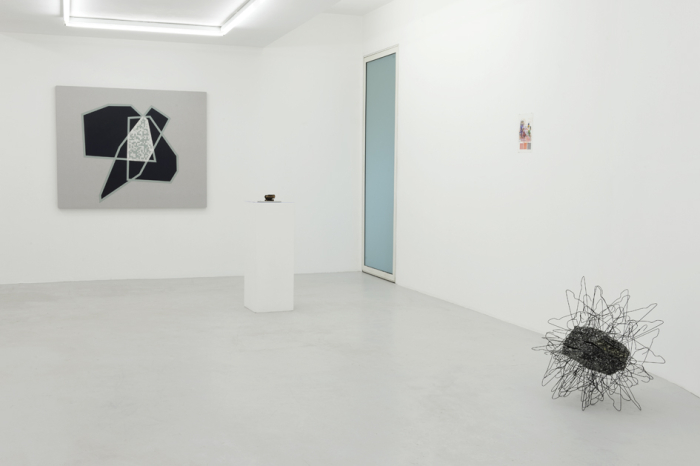 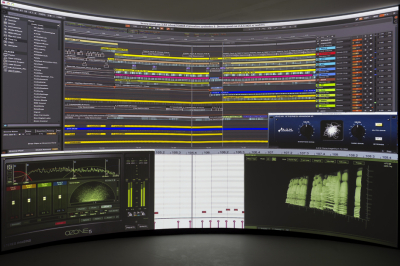 Clearly, then, theory looms large – but so does technology. In particular in a video showing the moving graphs of the popular Live software used by composer/producer Emilio Acevedo, a fixture on the Mexico City electronic music scene for the last twenty years. Here music is mainly used by Adriana Lara as a visual field for quite a range of colours, spaces and lines. The song used for this installation is a dance piece like any other pop music product: a mix of cultural references sort of sound sandwich whose different layers we can nonetheless readily visualize. A kind of audiovisual readymade projected onto a curved screen that underscores its cyclical character. Spoken in English by a digitized voice, the words Wild, Animal, Disco, and Deviant are some of the random components of the composition, backed up by a repertoire of especially heady generic sounds; the upshot being a light-hearted multicultural hit who sources are elusive.

There is also the new realism of Hanger (Hunger) Sculptures, whose punning title is borrowed from Esteban Valdés’s hombre hombre: this assemblage typifies the basic if precarious use of a simple object lifted from the everyday to trigger a new life as a sort of asterism vanishing its anthropomorphic quality via its sheer supera- bundance, the entanglement of objects then becomes pure phenomenon – but that isn’t all because out of the explosive contingency of “Eggsplotion” other new works will appear…