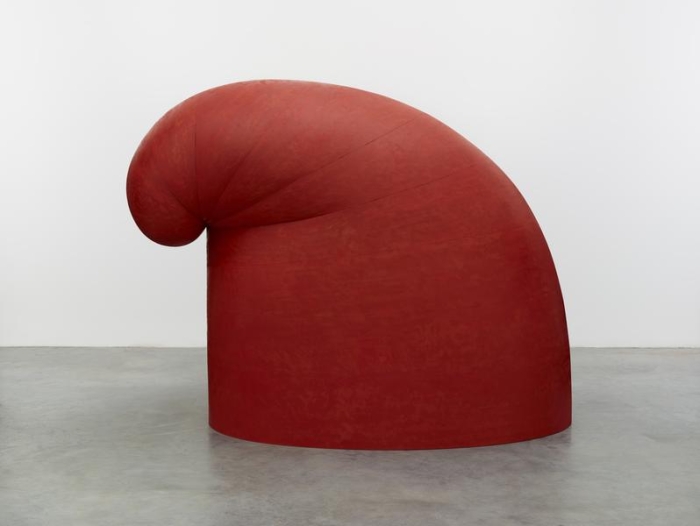 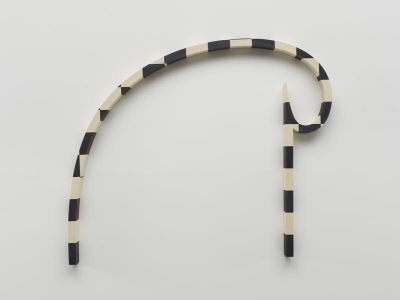 Guess who was really born on December 25th?  That’s right, baby Mithras. He was a sun god in the Roman Empire who liked killing bulls and changing the zodiac every 2,160 years (his next change will bring in the Age of Aquarius). The Catholic Church plopped Jesus’ birthday on December 25th because it was in fierce competition with Mithraism for some time (in fact, the Church appropriated lots of pagan holidays and turned them into Christian holidays).

Oh, what fashion accessory did this now defunct god enjoy wearing while slaughtering bulls?  Yes, a Phrygian cap. His followers wore them as well. Later, in the French Revolution, folks who hated tyranny and valued wide-open free-market liberty started donning this type of cap as well because they confused it with a ‘pileus’, a type of conical hat which freed slaves in Rome wore to boast of their newly found liberty. So they wore a hat meant to celebrate freedom but, instead, celebrated bull-killing and zodiac changing, so no wonder their revolution failed. 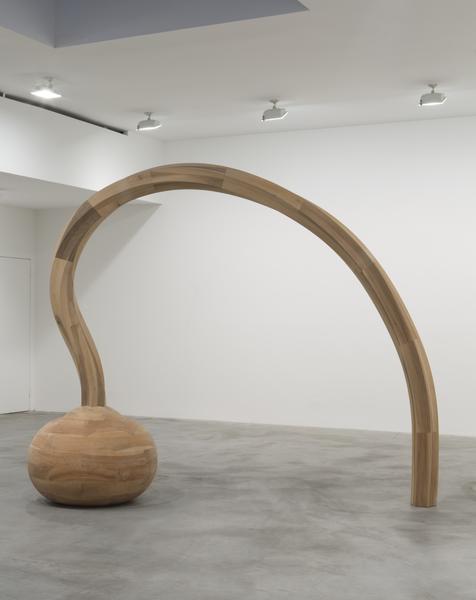 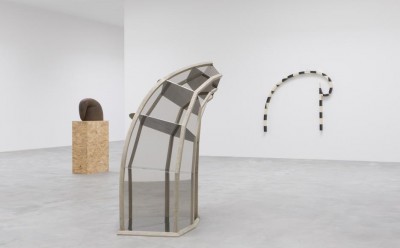 As a lover of arcane symbolism, ancient religions and mythology, imagine my surprise upon looking into Matthew Marks Gallery and seeing a giant Phrygian hat!  I wanted to exchange secret Illuminati handshakes with the entire staff. But I also realized, looking around at the other pieces by Martin Puryear, that a common theme in this show of sculpture is forms that begin ascending but then are drawn earthward (as is the form of the Phrygian hat).

One of my favorite pieces seems to be some type of pod or round seed that has germinated a stem which, after ascending for a bit, duly curves right back toward the earth, apparently disappearing back into it. There are also some sculptures which, to my eye, seem influenced by the ‘golden spiral’.  This is the spiral we see in the nautilus shell and which is based on the golden ratio 1.618 (which pervades nature – see my review “As Easy as Phi” Arte Fuse 9/29/2014 for a further explanation of 1.618). It could be that the golden spiral is incorporated into the shape of the Phrygian cap. 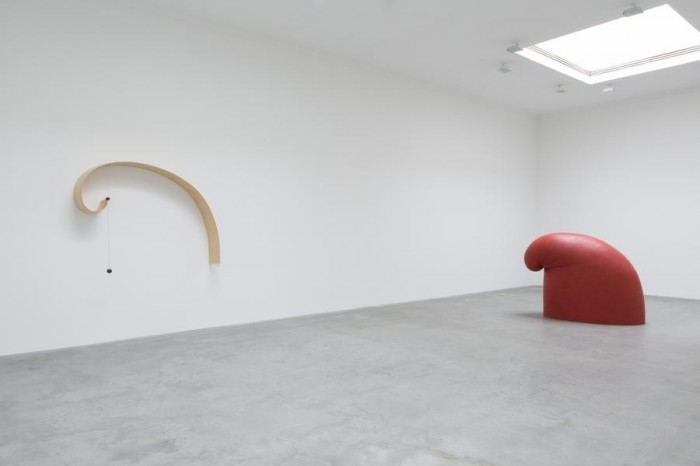 So this theme of initial ascendency followed by a submission to a stronger downward force is quite engaging and powerful when one views the pieces directly.  I guess there can be positive and negative interpretations of the process being depicted.  On the one hand these pieces could represent the invisible but powerful pull which, ultimately, thwarts our desires toward a ‘higher’ level of being, beyond malice and pettiness and into the realm of pure joy, forgiveness, love and fraternity. On the other hand, these downward spirals could represent a necessary process which first takes us away from the truth of our humanity only to help us become embedded more deeply in the real pith of being and experience.  It’s basically a force at work on these forms which the artist calls our attention to – an apparently outward force that translates nicely to aspects of our inner reality.