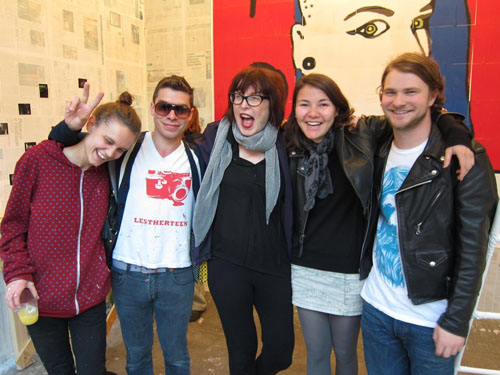 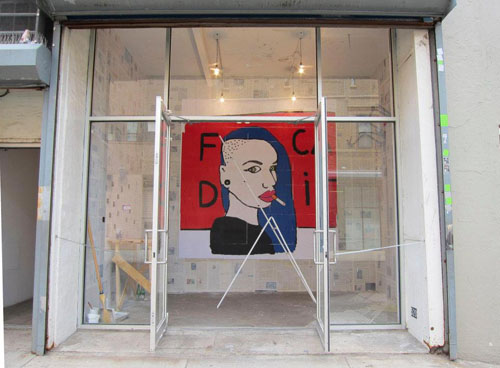 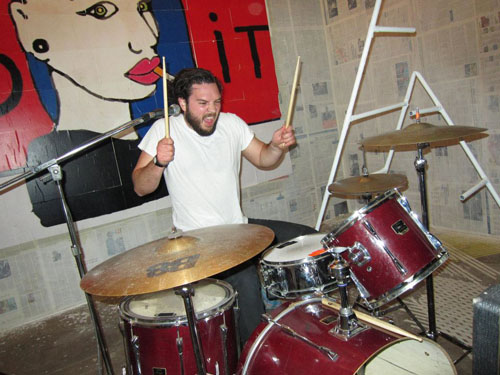 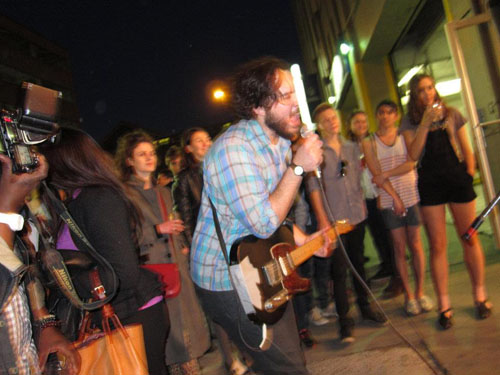 This small but explosive space showcased the works of six young Russian Artists. The idea? To comment upon Russia’s present day socio-political environment. Alexander Anastasia Ryabova, David Ter-Oganyan, Alexandra Galkina, Sergey Sapozhnikov and Ivan Brazkin, amongst many of their compatriots, are fed up with the corruption and disregard for basic civil and human rights in their country. In an environment where much of the spirit of change is like the ancient Russian culture of toasting, where repeated pledges, proposals, and salutations go on for several minutes and passionate exhortations of precious thoughts and sentiments make poets, philosophers and revolutionaries of all, only to be forgotten upon morning light when all that’s left is a hangover’s stench, they present themselves with the fundamental question of whether art can bring change to their nation.

These six minds had a vision and need to create a story that expresses what haunts them so deeply on a daily basis. They ask, “Can our Russian compatriots and nation move beyond a self-proclaimed suspicion of happiness, a guilt towards levity, and paradoxical frigidity, without the crutch of vodka in hand and song in heart?” Perhaps not, but that is clearly not stopping them as their work illustrates. Despite all of the problems of the self-defeating mentality and dysfunctional socio-political process, they still have the hope and strength to fight, for what they’re not even sure!

According to curator Irincheeva,  “We find ourselves in a transitional period in the gallery space. It’s under renovation; it’s not as it used to be and remains unfinished. During this renovation period, all underlying structural elements of the system are exposed. One can see its skeleton and all of its inherent strengths and deficiencies. In this disorder of construction, these artists work as utopian architects within a particular space where their plans are ephemeral, some of them with an anarchistic, nihilistic approach, others stuck in passive melancholic states, yet all reflect upon the road forward.”